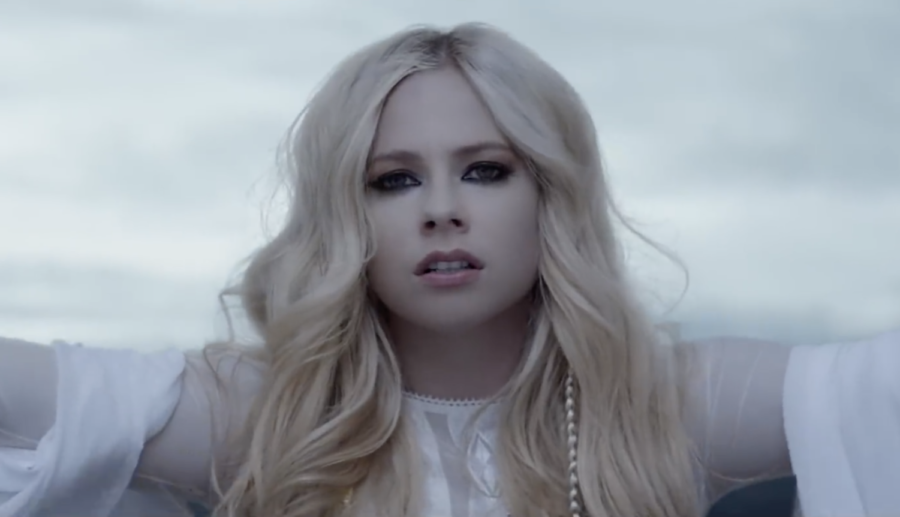 Avril Ramona Lavigne is a 34-year-old, Canadian singer who is commonly known for her hit single “Girlfriend,” released in 2007. She commenced her career at the age of 14 when she won a contest to sing a duet with Canadian celebrity Shania Twain. Before then, Lavigne sang at church and local gigs in Ontario, where she grew up. She was raised under the Christian faith and was restricted to listening to country and Christian songs in her adolescence.

After dropping out of high school and moving to New York City with her brother, Lavigne signed with her first record label, Arista Records. Her success skyrocketed from there. She was labeled the “Punk Princess” and was known for her edgy style and reckless attitude. Her fashion sense softened as she grew into an adult, and she came out with her own clothing line, Abbey Dawn.

Lavigne’s career came to an abrupt halt in 2014 when she developed a severe case of Lyme disease; a bacterial, chronic illness which is transmitted from a tick. She took a six-month break from singing and performing to recover and get treatment. In an interview, the singer opened up about her struggles with attempting to find a doctor that could properly diagnose and treat her illness. Doctors called her crazy and blamed her symptoms on fatigue and depression. She conducted her own research and was able to find a Lyme specialist. Lavigne is treating it with a good diet, exercise and antibiotics.

After being bedridden for months, suffering from pain, losing her ability to perform daily functions, and even her ability to speak, she has mostly recovered. She is writing and performing once again, as well as supporting people with Lyme, and other serious illness or disabilities with the use of the Avril Lavigne Foundation.

“Having gone through the battle of my lifetime, I’m stronger than ever and looking forward to sharing my renewed voice and energy for my life with my fans through this new music,” Lavigne said.