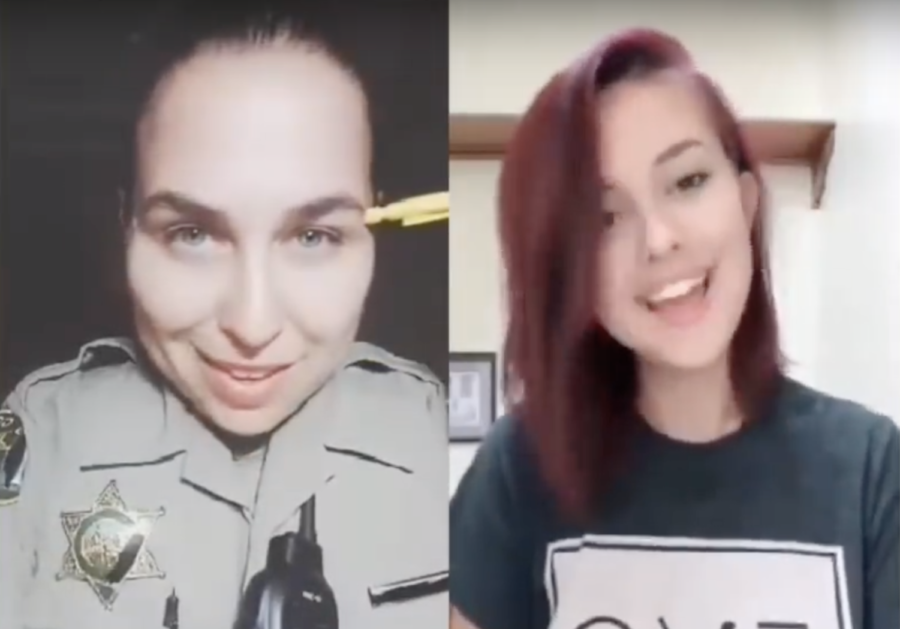 TikTok in recent months has piled on lots of attention on Twitter and Instagram. The social media app features 15 second long clips set to music as a performer proceeds to lip-sync, dance or present tricks.

Musical.ly, a similar application, was united with TikTok on September 29, 2018, by ByteDance, the two apps creator. A portion of TikTok’s fast development is due to their forceful advertising efforts. TikTok’s logo—the letter b styled to resemble a music note—can be seen crowding Snapchat and YouTube.

The app has been a kickstarter for many famous personalities such as Loren Gray and Jacob Sartorius. Presently, the simplicity of the app makes it feel like anyone can achieve this fame. To anyone’s guess, the average teenage memer proves this suspicion.

“Mia Khalifa” by iLOVEFRiDAY, “No Mercy” by The Living Tombstone and “Cheryl” by Yung Gravy have been swarming the internet. From lyrics such as ‘Hit or miss, I guess they never miss, huh? You got a boyfriend, I bet he doesn’t kiss ya (Mwah!)’ these comedic songs are practically meme fuel.

TikTok memes mainly comprise of duets where users are able to make dual videos with fellow users. No matter what audio these TikTok comedians choose, the one similarity is the videos contain a dance from the online video game Fortnite, like the Floss, the Shoot or the Orange Justice.

Nostalgia could also be a motivator for the TikTok addiction as some users produce humorous, narrative videos resembling a former operating app called Vine. Nevertheless, entertainment can be found in TikToks, if it’s either a lip-syncing fan or a member voicing they’re already Tracer. TikTok has certainly taken 2018 for a joyride.