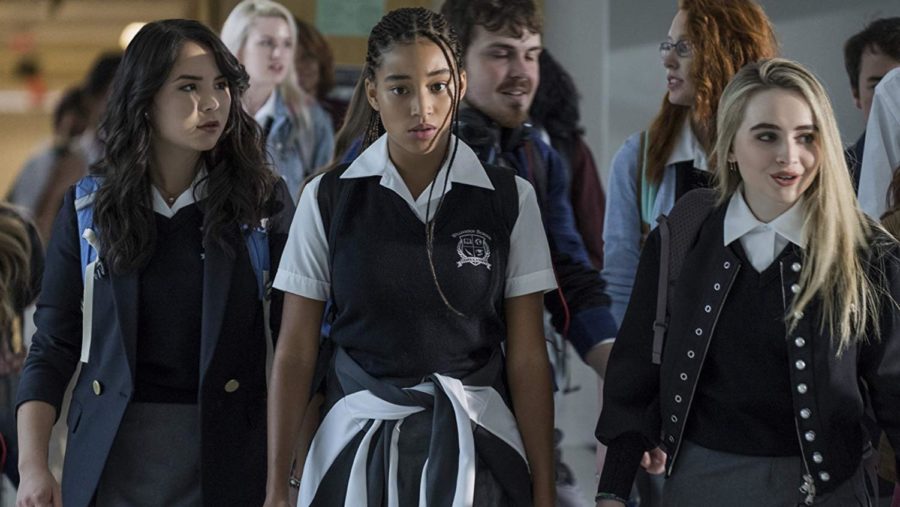 The Hate U Give

Social injustices within the United States have become the norm. Finding your identity in a world of confusion is not an easy task, especially for a teenager. Growing up in a low-income area, and then going to school in predominantly white school, Amandla Stenberg plays a young high school girl facing cultural challenges on a day to day basis.

Starr Carter, who is played by Amandla Stenberg, is a popular kid that lives a normal teenage life while dealing with the pressures of high school. After witnessing the death of her beloved longtime friend Khalil, Carter has to find a way to speak on her pain while advocating for justice. Coming from the two different perspectives of her at home diversity to being one of the only minority at her school, she is now realizing what the double standard of the world is. She is torn between two different worlds after the incident takes place and decides to speak on what’s right.

The African American male that was shot and killed by the police during a standardized traffic stop couldn’t be more relatable to our society. Each day, news outlets cover the latest story on a young African American male who was brutally murdered by the police. It has become the norm of the minority community yet it hasn’t been brought to the box office type of setting. This movie has proven to be groundbreaking to represent the lives of the unspoken. The lives of those young black men who’ve had their lives taken away by those in a blue uniform.

George Tillman Jr. was the African American director of this movie. He properly executed this film by being completely transparent with portraying the film to get a view of both sides of the story instead of the news version. Every character appropriately illustrated their roles, every scene correctly gave the audience the emotion associated with that specific moment, and every minute had its own story. This movie will hopefully lead to more big productions about social injustices in America instead of shying away from the truth that Africans Americans deal with daily.