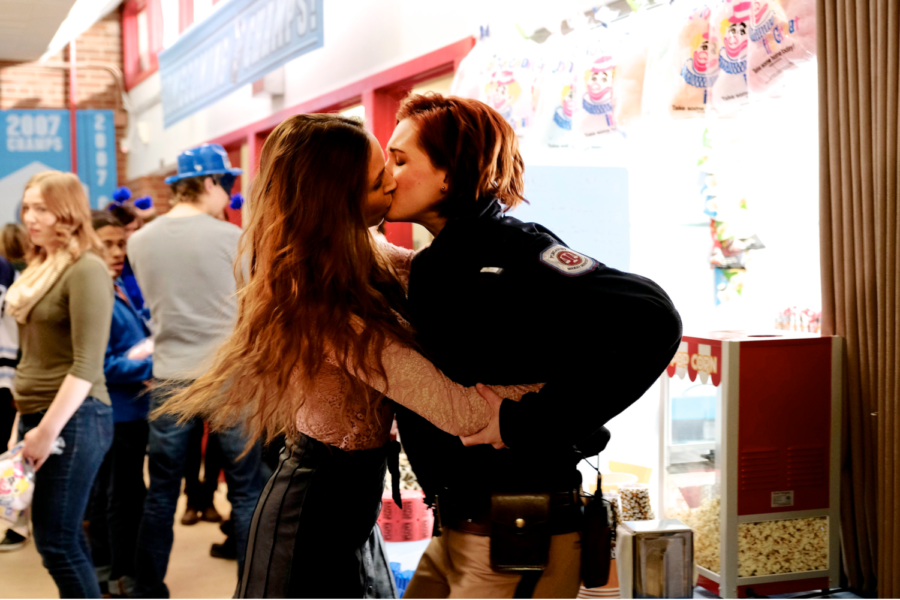 Wynonna Earp is a TV show about the supernatural mysteries that go on in a small town. Earp is the great-great-granddaughter of legendary lawman Wyatt Earp. She battles the reincarnated outlaws that Wyatt killed, which are called revenants. She also fights other supernatural beings that inhabit the Ghost River Triangle, a cursed territory near the Canadian Rockies that includes Purgatory. Earp lives in purgatory with her sister and a few people that she meets along the way.

I chose this show as my best of 2018 because it was one of the first shows that I saw featuring multiple LGBTQ+ characters and mostly girls. It’s a very popular show, so it showed everyone that being LGBT is okay.

Waverly Earp is Wynonna’s little sister, and is also a lesbian. She helps Wynonna throughout the series. Waverly shows that everything will be ok in the end. She went through lots of hardships in the series, such as getting harassed by men for her sexuality and feeling like she is less than her sister.

Comparing this show to others is hard to do because it’s different from anything I’ve ever seen before. Most of the leads are female, there are multiple LGBTQ+ characters, and it has a protagonist that goes through many challenges, and doesn’t end up ‘ok’ in the end.

The show isn’t playing on TV at the moment, but seasons one and two are on Netflix. Season three started filming in July and should be coming onto Netflix soon. I suggest anyone who likes supernatural shows to watch this series because it shows many different aspects of the supernatural, life and the challenges it provides.