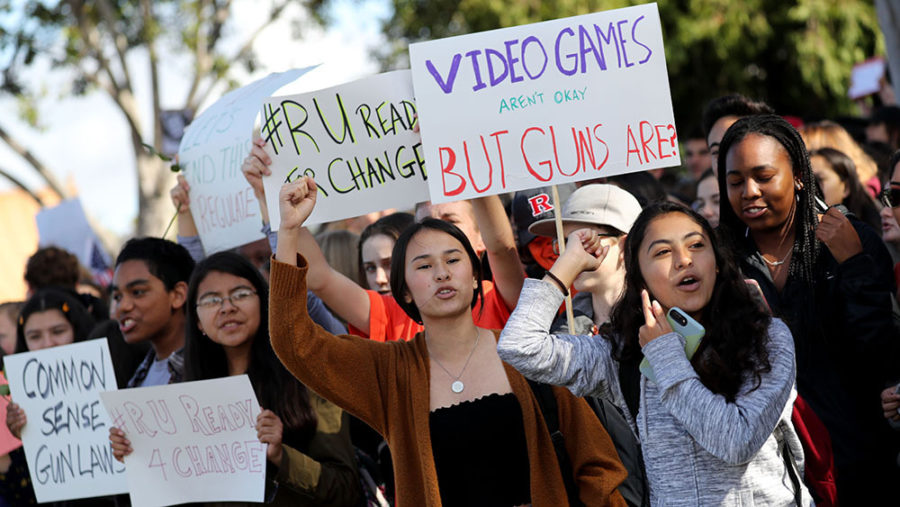 March for Our Lives

After the horrific mass shooting in Parkland, Florida at Stoneman Douglas High School, a group of high schoolers started a movement that sparked inspiration throughout the country. After a gunman killed 17 of their peers and friends, students had enough of gun violence in America. Therefore, they created an organization for teens, by teens, to save teens. The organization demands stricter gun control and raises awareness about gun violence. Teens have been interviewed on CNN, MSNBC and other major news networks. The opposition argues that the members are too young to know what they are talking about, but they do. On their website, their goals are to fund gun violence research, universal background checks and gun trafficking.

On March 24, 2018 in Washington DC, the Stoneman Douglas students organized a march. The rally encouraged walk-outs in high school all over the country, which included Wakefield. This year young adults banned together and supported each other in the wake of a terrible catastrophe.

The rally was a star-studded event. Demi Lovato, Will Smith, Jennifer Hudson, Ariana Grande, Kim Kardashian, Justin Timberlake and Kanye West were all there to show support. The event drew in an estimated range of 200,000 to 800,000 people. It was deemed one of the biggest youth protests since the Vietnam War. The movement got attention from both political parties. Former President Barack Obama and former Secretary of State Hillary Clinton spoke on social media about the protest.

March for Our Lives is not a moment to remember, but a movement to continue. This group has made it clear that the present has to change so that we all can have a better future. March for Our Lives has encouraged teens to use their voices their voice and to recognize that their opinion does matter.