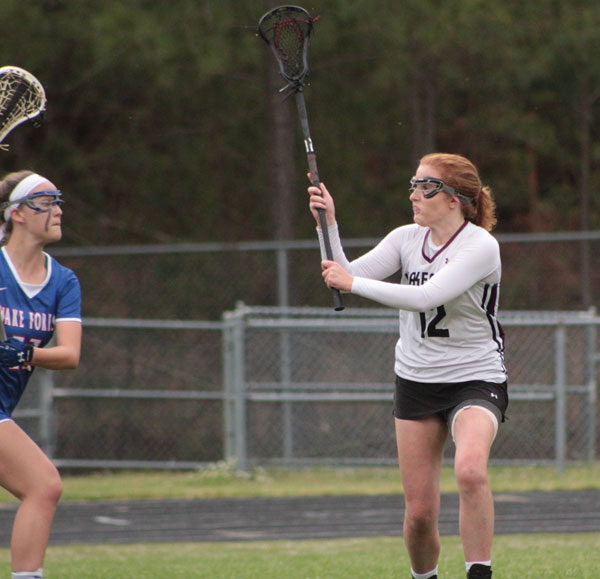 One of the events that always brings together a lacrosse season is the bittersweet evening when the seniors must say goodbye to the rest of their fellow teammates and reminisce on memories they created together.

Out of the team of 18 players, six of them are seniors who were honored on senior night.  The senior goalie of the team, Macy Bonnett, gives her input on how this event reflecting her last season of lacrosse has impacted her.

Another member of the team, senior Jenna Chitla, plays at the midfield position. Chitla has been a part of the team for all four years and has created extremely close relationships with her team.

“Senior night was a bittersweet end to these past four years with my teammates who I now call my family,” Chitla said.

On senior night the girls were escorted by family and friends down the field as their future plans were announced to the audience. The field was filled with an intense amount of bittersweet tears for their last game ever, since the seniors have become so close over the years.

Although the team had an overall good season both in conference and during the preseason, the seniors were disheartened that they did not make it to playoffs because of their last game. A team captain, junior Brennan Elms, describes the persistence in the girls to not let the pressure of it get to them as they played their hearts out to end the season with a positive outlook.

“We get to hear all about what our seniors have accomplished and how much they’ve grown not only athletically, but academically, and personally too,” Elms said. “It was a tough game but we went through a rough patch this year because of so many injuries.”

“While I am sad that it has come to an end, I can take with me what I have learned from my coach not just about lacrosse, but also about life,” Chitla said.

A great way of bonding between departing seniors and their younger teammates was gift giving to spirit buddies before every single game when they would exchange personal gifts such as food, smallgoods, candy, or makeup, etc…

“Leading the team this year as a role model to my younger teammates has really helped me grow a lot and taught me skills I know I will use after I graduate and in college,” Abrams said.

This allowed the seniors to get to know their fellow teammates and build close bonds before they head off to college this fall. Some of the seniors are even playing lacrosse in college, while others are going to continue their education and will be missed greatly by their teammates next year.

“Overall, we really grew as a team and our dynamic has really improved and we are all so much closer than before,” Elms said.