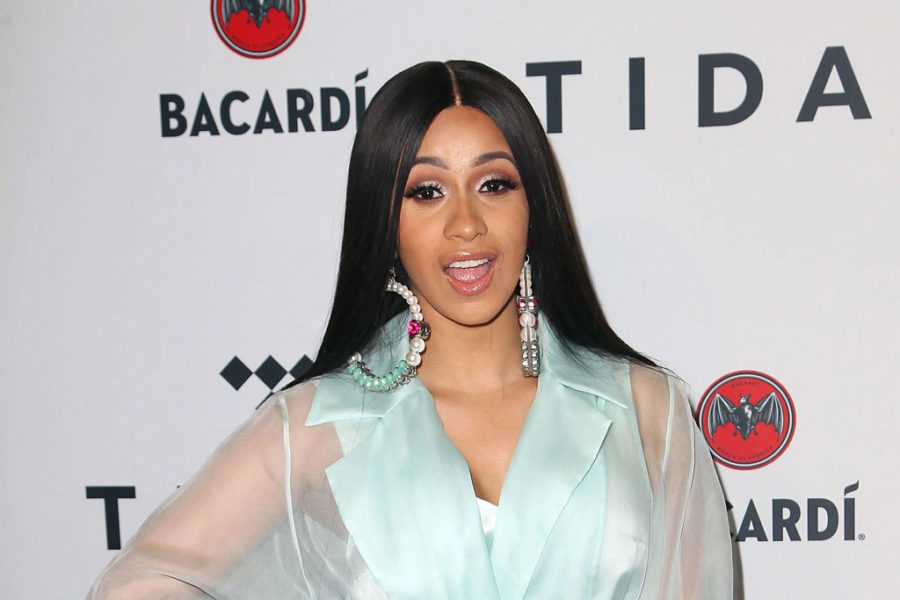 From the projects to mansions, Belcalis Almanzar, better known by her stage name, Cardi B, has shown audiences what hard work and women empowerment can accomplish. 2017 was the artist’s breakout year in hip-hop. At only 25 years old, Cardi B has shown the world what it means to be a powerful woman. Being raised in the streets of the Bronx taught her to be tough while keeping her femininity.

In her younger years, Cardi B worked in an adult club to make ends meet at home and to free herself from a dangerous relationship. In early 2017, she and her family’s whole lives changed when she was signed by Atlantic Records to record music. This has rolled out the red carpet for her career, leading up to her hit song of the summer “Bodak Yellow”. Her traditionally unladylike appearance, background, and lyrics have gained the attention of many fans and celebrities. Her single “Bodak Yellow” stayed at number one on the Billboard Hot 100 chart for three weeks, and it was the first song to reach the number one spot by a solo female rapper in nearly nineteen years.

The momentum of her work is just getting started; Almanzar has appeared on hit television shows such as Love and Hip-Hop: New York and Hip-Hop Squares. She is also featured on many songs by big-name artists such as Migos. In the short time she has been in the hip-hop game, she has already attracted a love interest. Migos rapper, Offset proposed to Cardi B during a performance while on tour. Hopefully, Cardi B’s success will not be short lived and audiences can see more from the artist in 2018.