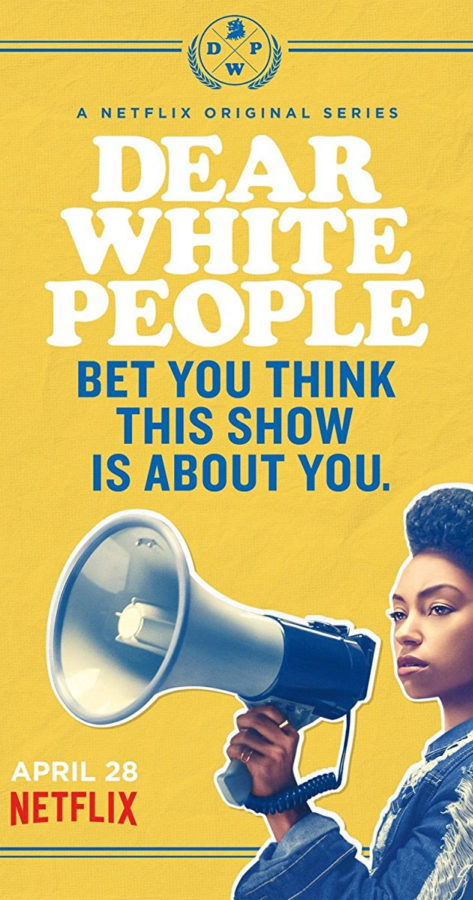 Based on the 2014 movie Dear White People, Netflix provides a much-needed continuation on the journey of black students attending a predominantly white Ivy League college, Winchester University. I highly recommend that viewers watch the original movie to get a better sense of the characters’ background.

In spring 2017, Netflix made an original series showing the struggle of black students, titled Dear White People. When the series was first announced, there was a lot of backlash over the company producing the show that appears to speak against a certain group of people. Although the show appears to be this way, interestingly enough it is not. This binge-worthy series uses its platform to speak on many social issues such as sexuality, drug abuse, mental health, academics, and the rising political and racial tensions in society. Using the point of view of diverse religions and ethical backgrounds, the series sheds light on various topics affecting today’s millennials. This allows viewers to see different perspectives.

Although the series covers controversial topics, it also provides a comic relief that can be enjoyed. Actors from the original movie were brought back to extend their role in the Netflix series. This makes the show more authentic and true to the movie. The characters are very relatable, viewers may see their personalities in themselves, friends, and family. When preparing to go out in the world alone, teens can appreciate that there is a tv show to help them navigate down their next path in life as a young adult. The second season of Dear White People will be released in 2018 on Netflix.