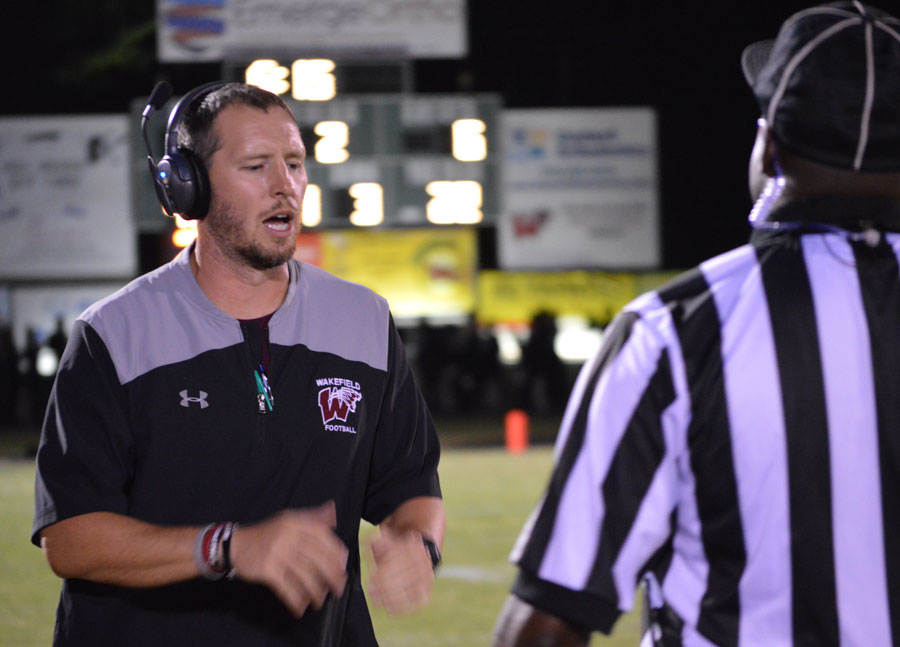 As students bring out their wacky Friday night outfits and prepare to show some school spirit, they look to the football team and the new head football coach, Brandon Kelley. Though the varsity team has maintained a losing streak thus far, it is encouraged that students and fans take a deeper look into the coach of their beloved football team.

Kelley emphasizes that games are not about wins and losses. He mentors every athlete as a teenager in order to help them develop into young men, which is a predominant theme and goal of his program.

“Development is getting better at your position,” Kelley said. “[It is] getting better in the classroom, and making sure that our grades are on point.”

Kelley molds himself to be a role model for the players, as Dabo Swinney, the head football coach at Clemson University, became his. Kelley developed friendships with his previous high school and college coaches and hopes to gain that same trust with the players at Wakefield. Whether on or off the field, Kelley follows a ‘practice what you preach’ philosophy. He understands that as an adult leading a group of adolescent boys, it is important for him to set a behavioral example for every high schooler going to college or off into the world. Kelley ensures that he comes to practice with respect and his best effort, in order to receive the same qualities from the athletes. Senior Marcellus Spell also models respectful qualities in order to be an honorable leader for the team.

Senior Marcellus Spell also models respectful qualities in order to be an honorable leader for the team.

“My favorite part of being on the team is the relationships I’ve built with the athletes and coaches which make us more like brothers and united as a team,” Spell said. “Those are the types of bonds that will last a lifetime and are motivated by Coach Kelley. The record may not show it but he’s a great coach, and he’s building something great here.” 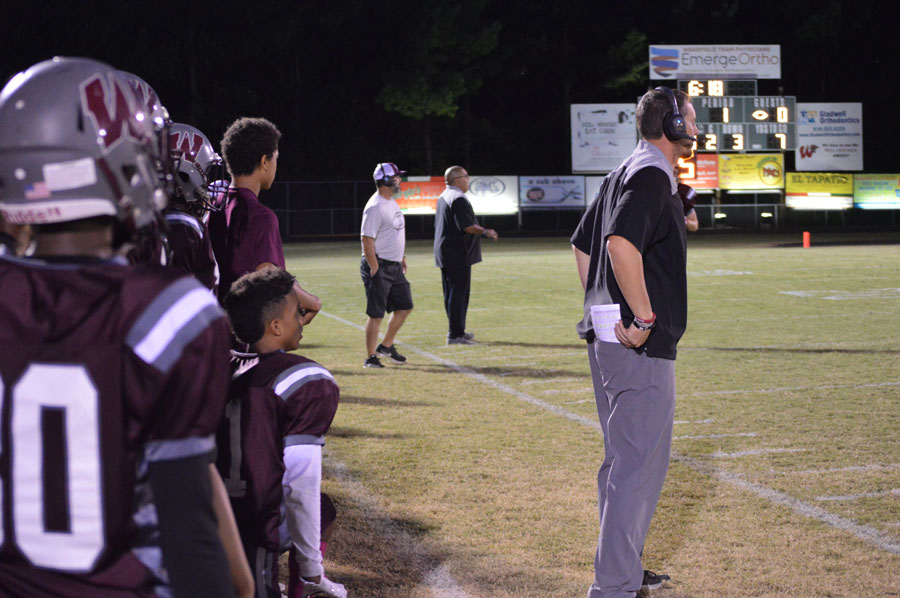 Staff Photo by Kiara Mallory
Coach Kelly oversees the team in the distance.

Spell was selected as one of the captains this year, and Kelley believes the team is only as good as its senior group. Kelley seeks out the seniors to set the standard for the team, and encourage them to maintain a positive attitude because teammates pick up on their energy. Kelley also reflects that 60-70% of the team should understand the concept of leadership, which should not be limited to the captains. Though the practices are tough, and game outcomes are not always positive, Spell reflects that he has never had a coach that cares as much as Kelley does. Teammate Tim McKay also plans to help lead the team as Kelley works with the coaches and other athletes to better them both physically and mentally.

Teammate Tim McKay also plans to help lead the team as Kelley works with the coaches and other athletes to better them both physically and mentally.

“Coach Kelley is a great guy, but overall we have some things to work on together,” McKay said. “

Though we have had a rough season, he still pushes us to do our best in everything we do.”

McKay and many of the other players agree that Kelley has been an outstanding coach and leader for this year’s team. The football team and  Coaches Brandon Kelley and Trent Wilson encourage any student, athlete, faculty, or wacko to come out and support their hard-working team full of heart and the drive to succeed.

“Coach Kelley is a very energetic, passionate coach. He brings experience, and a true love for the boys and football too,” Wilson said. “I think he’s going to be highly successful as he builds and rebuilds this program.”