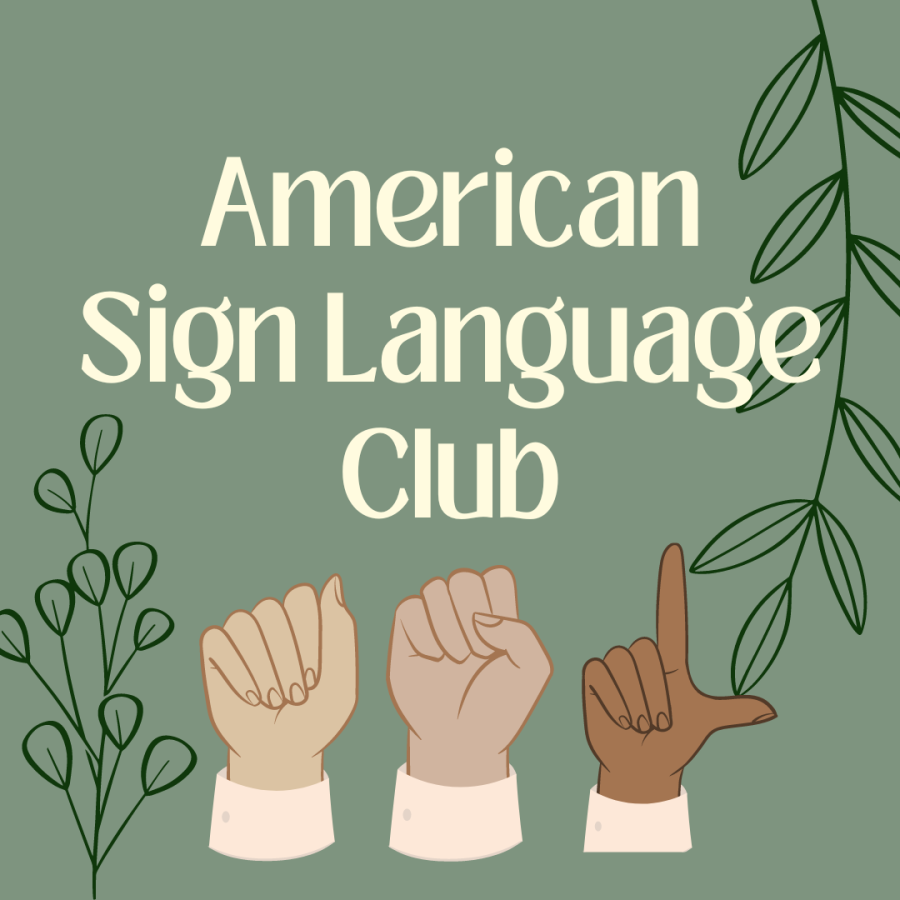 All answers provided by Halley Murphy

A: We created the Sign Language Club to aim at people who are interested in learning the basics of sign language. You don’t need a whole lot of experience to join. We started last year just teaching the alphabet, and we didn’t really have a whole lot of meanings, because we started it towards the end of the year. Just the basics, and getting everyone together to learn what Sign Language is, and how it’s helpful.

Q: Does the club have any major goals this year that they want to accomplish?

A: We want to spread out to Wakefield Elementary and Middle School and see if there are groups of people within those schools who want to learn more about sign language, and again it would just be the basics for them. Learning how to sign your name, the alphabet, animals, stuff like that.

Q: What should people know about the club if they are interested in joining?

A: We do have an interest meeting coming up. It’s not like a regular foreign language, our club isn’t strict on, “You have to know this, you have to know this,” to join. Jordan, the president who founded the club–she brings cookies, and they’re so good. We all eat cookies, play games, and practice signing basics.

Q: When was the ASL Club created?

A: The beginning of last year. So around January, February.

Q: What are some of the activities your club has done in the past, and are you going to do some of the same things this year?

A: We’ll probably continue to do some of the same things. Since we are a newer club, we’re trying to branch out. Last year we played a game with the alphabet because no one knew the alphabet. Even some of our officers–we are still trying to become more familiar with it. We’ll probably continue to recap the alphabet, signing names is something we want to work on–having everyone able to flow with their signing a little more would be great. Just merging new things and things we did last year.