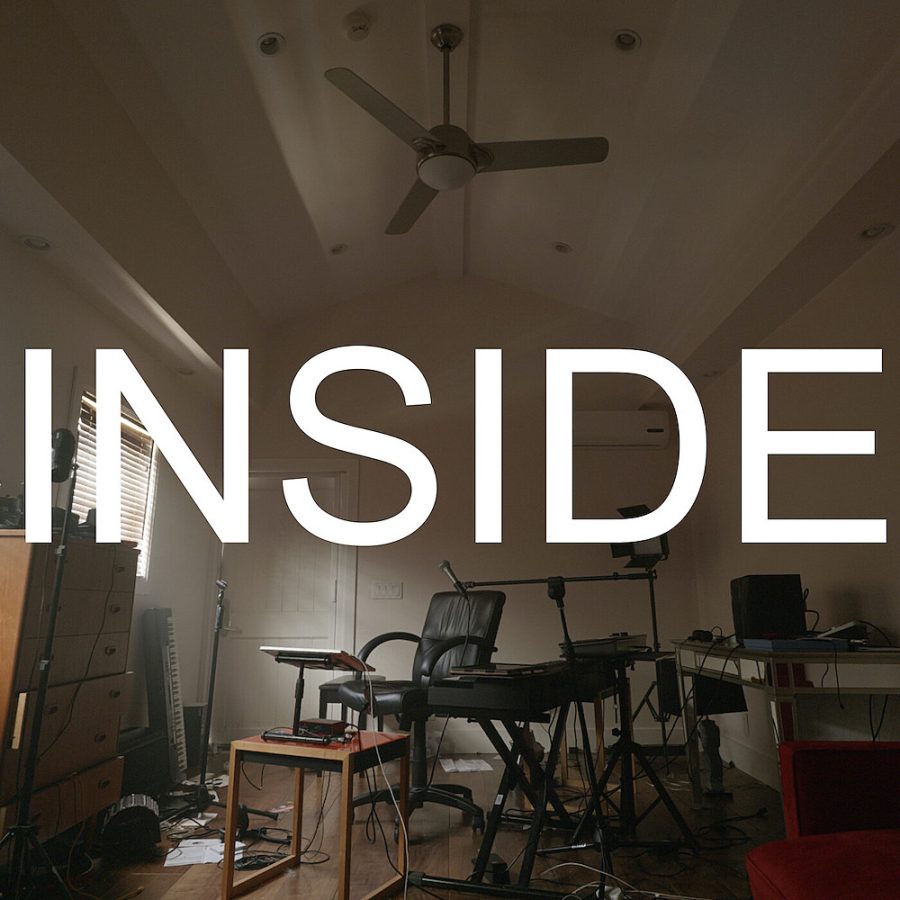 Inside by Bo Burnham

Bo Burnham, born August 21, 1990, first rose to fame in 2006 with the release of his song titled “Bo Fo Sho.” Burnham also directed a feature film titled “Eighth Grade” in 2018, and is associated with comedians such as Adam Sandler and Trevor Wallace. His latest project, however, is something entirely different: a Netflix feature titled “Bo Burnham: Inside” that addresses the harmful side effects of parasocial relationships and influencer-driven media at a young age. Alongside the special, Burnham released his fourth music album “Inside,” which contained a series of songs featured in the film.

Before the pandemic hit, Burnham had planned to resume his tour after a five-year mental health hiatus, as was detailed in his song “All Eyes On Me.” Instead, Burnham was forced to return home with the rest of the world.  While quarantining for the COVID-19 pandemic, Burnham, along with the majority of internet users, spent most of his time on social media. In the absence of physical connections, many people (Burnham included) turned to the internet to fulfill their social needs. What was once a pastime eventually turned into an obsession, however, until young people had tied their every emotion to their cell phones. In his special, Burnham takes a sarcastic and humorous approach to make his audience aware of how harmful this tactic actually is.

Ironically this album went viral overnight, with songs such as “White Woman’s Instagram,” “Welcome to the Internet,” and “That Funny Feeling” being a few notable crowd favorites. One song, “All Time Low,” even shows how much Burnham’s own mental health has deteriorated because of the issue with lyrics such as, “My heart, it gets to tappin’ and I think I’m gonna die!”

While Burnham’s album can be considered comedic at first glance, it is especially important to teens and young adults who find, themselves often on the internet. Even if you’ve listened to the album before, I urge you to give it a second look with an open mind and an expectation to connect with Burnham’s struggles surrounding the pandemic.