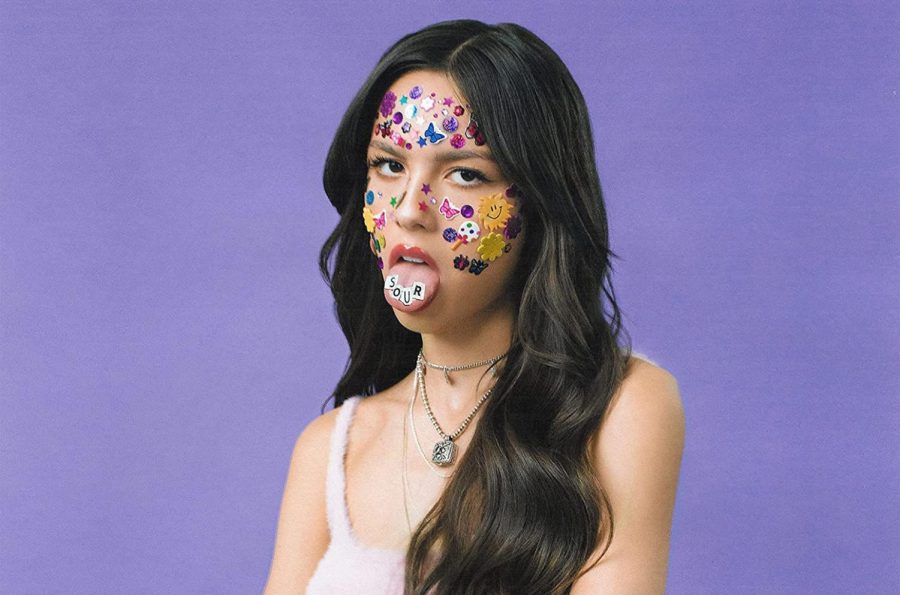 “I guess you didn’t mean what you wrote in that song about me!” sings Olivia Rodrigo. Debuting her solo singing career was a huge moment in 2021. Her debut single “Drivers License” hit number one on multiple charts and stood its ground for multiple weeks. With Rodrigo leaving heartbroken girls with the perfect heartbreak song, it was without a doubt a huge excitement to hear that there was going to be an entire album. As soon as Rodrigo gave out her EP soundtrack, each title called out to fans like “Traitor” or “Enough For You” letting us know that this was going to be the new national sad girl anthem.

Rodrigo released her album on May 21 leaving fans anxiously trying to pick apart her titles to see if any of the songs would be about former rumored love interest Joshua Bassett. Some saw Rodrigo as dramatic for having such big feelings but most saw her as sensational. Each lyric helps listeners explain their strong emotions in smaller and simpler words.

Once the day came it was like waking up on Christmas morning as some people waited until 12am for the album to drop, or woke up refreshed and made it the first sound they heard in the morning. Rodrigo left us in tears even if we weren’t in a current heartbreak. It made us wish we were so we could feel Rodrigo’s emotions even more in our heart, gut and all over our bodies until we got chills from all the emotions. We screamed at the top of our lungs as soon as each chorus hit with each song giving more emotion than the next.

Rodrigo broke records and hearts with the lyrics “I hope you’re happy but don’t be happier” or “Guess you didn’t cheat but you’re still a traitor.” These lyrics made it impossible to describe a heartbreak feeling even more emotional.

This album without a doubt had not only me but everyone else in the world joining Rodrigo in emotional healing making this sad girl anthem one for the storybooks.