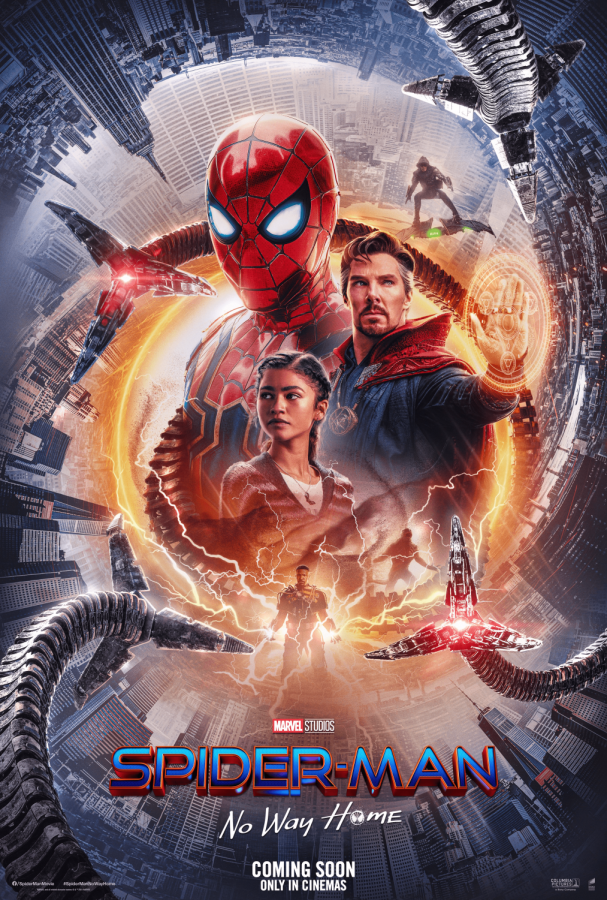 Creator of Marvel Comics, Stan Lee, said that Spiderman was a hero for all, no one knew what he looked like. Leaving it up to the people’s imagination, giving them the freedom to choose anyone to be their superhero.

The Spiderman narratives are commonly trilogies. Currently, actors Tobey Maguire, Andrew Garfield and Tom Holland have played our beloved spidey giving Spiderman supporters a choice of which hero spoke more to them and made an impact. The extremely arguable question rises to the MCU fandom, “who was the best spiderman?” Each one is defended on who was the best Peter Parker, Spiderman and even who had the best love interest. At the end of the day, they all did amazing portraying spidey’s nobility and heroism. Living up to Stan Lee’s overall message “That person who helps others simply because it should or must be done, and because it is the right thing to do, is indeed without a doubt, a real superhero.”

The new movie Spider-Man: No Way Home premiered on December 17, 2021 making 600 million dollars in its first weekend and overall one point three seven billion dollars, globally making it the 12th highest-grossing film. This iconic film brought back two original Spider-Man’s, Tobey Maguire and Andrew Garfield to team up with Tom Holland’s Spider-man leaving the audience’s jaws on the ground. Together they fight off original villains like the green goblin played by original actor Willem Dafoe and Dr. Otto Octavious played by another familiar face, Alfred Molina. Making this by far the most amazing film in the MCU, no pun intended.

Marvel and Sony teaming up to bring everyone’s heroes into one singular film is so special because not only is there no movie other like it, but it’s now opened opportunities for other marvel storylines to get added into the multiverse which was hinted at during the end credit scene with a show-stopping trailer that you’ll need to watch to find out!

The film has many easter eggs that made everyone want to watch it again in order to see every detail that was missed. References to the old movies like Garfield’s unfinished trilogy ending in a shocking ending as love interest Gwen Stacy had an unfortunate death leaving us with the question of how our spidey would find the will to keep going?

In “Spider-Man: No Way Home” we see Holland’s love interest MJ Jones falling just like Stacy did. As Holland goes to catch her he is hit with the Goblin’s Glider and no longer able to catch Jones. No worries here because Garfield leaps to save her the same way he tried to catch Stacy causing him to reminisce about the loss of his quote “MJ.” This film helped fill a hole in many fans’ hearts who also mourned Stacy’s death and helped Garfield’s spidey a sense of redemption. Not only was Garfield a significant part but Maguire’s Spidey also took on a very noticeable mentor role as he helped Holland not make the same mistakes he did, allowing him to give the villains he defeated a second chance.

The most heartwarming scene that made the most impact in bringing these three amazing stories together is described in a single quote:  “With great power comes great responsibility.”