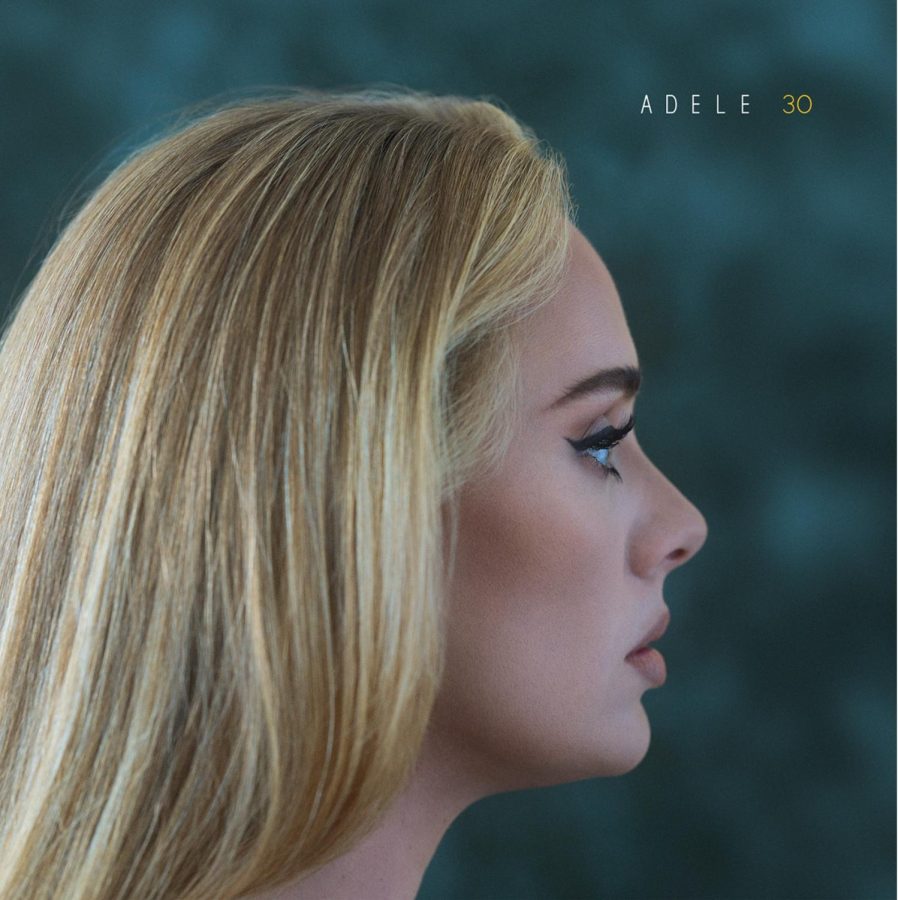 Adele on the cover of her long awaited album released in 2021.

“30” is English singer-songwriter Adele’s long-anticipated fourth studio album. Released in late 2021, it is hands down the greatest album as her songs were logged on the Billboard Hot 100 for five consecutive weeks. The album consists of twelve tracks, with each one diving further and further into her feelings. It starts off with the song “Strangers by Nature”, which is a pictorial song consisting of melancholic lyrics; it has a dream-like feeling which makes it very soothing. The album ends off with the track “Love is a Game”; this song has a classy feel to the beat, and suggests that Adele herself is ready to love again.

Adele collaborated with several different producers to complete “30”; this includes Max Martin, Greg Kurstin, Shellback, Ludwig Göransson, etc. This album consists mostly of the same style of pop/soul music as her previous albums, only with a little touch of acoustic.

“30” is said to be the London-born artist’s most personal album to date, revolving around divorce, suffering, acceptance, and desires. Her supporters were wondering why it took so long for her to release new music, her last album being in 2015, but the artist had a reason for the six-year wait: she was going through a very unfortunate time and found it difficult to arrive at a point where she felt courageous enough to be vulnerable to the world. Adele revealed that her songs are an endeavor to explain her divorce from Simon Konecki to her nine-year-old son, Angelo. She is expressing what it means to expose the pain of the end of marriage to her family and herself. Adele’s lyrics in her songs convey stories and contain messages all inspired by her life, which makes her music so rich. Three of my personal top favorites from “30” are: “Easy On Me”, “Strangers by Nature”, and “Can I Get It”.

Feel free to comment on your top songs from “30”!