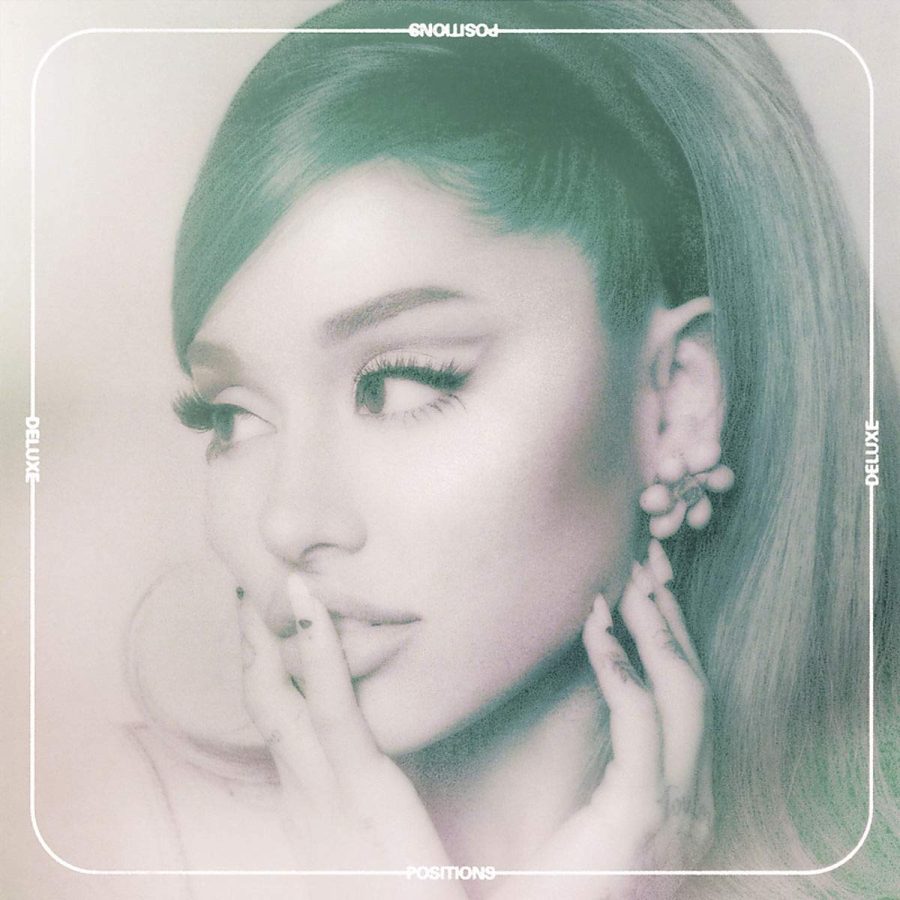 The deluxe version of Ariana Grande’s sixth studio album was the best album released in 2021.

When Ariana Grande’s sixth studio album, “Positions”, was released in October of 2020, fans were pleasantly surprised to hear her music take on a new genre. The pop princess decided to transition her fun, upbeat songs into a more casual R&B sound. “Positions” went number 1 on the Billboard 200 Chart, and was nominated for a Grammy Award, along with several other nominations. Needless to say, the album left countless fans eager to see what would come next in her music career.

Grande kicked off 2021 by releasing the deluxe version of the beloved album on February 19th, three and a half months after the original release. The new tracklist features five new songs:

These new tracks fit in perfectly with the original album, following the same mature, relaxed, and intimate feel that was made so popular amongst her fandom with “Positions”. Each track is short and sweet, giving the album a second life, but not taking away from or overshadowing the original.

Grande released a music video for “34+35 Remix”, which gained over 79 million views. I really like how she incorporated two of the most prominent female music artists right now in the remix. I think it gives such a fun new energy to the original.

The other four tracks are enjoyable as well, and very easy to listen to. They stay consistent with the strings and harmonies that were heavily featured on “Positions”. My personal favorite deluxe track is “main thing” because it reveals how happy Grande is now, and all of the emotional healing she’s done since her fifth studio album, “Thank U, Next”.

Overall, the deluxe version of “Positions” was a fantastic addition to her discography. The new tracks not only display her stellar vocals, but also a more personal and chill side to her, which we’ve seen a lot of in this new era. Each track’s production quality and endearing lyrics make it a standout album of 2021.