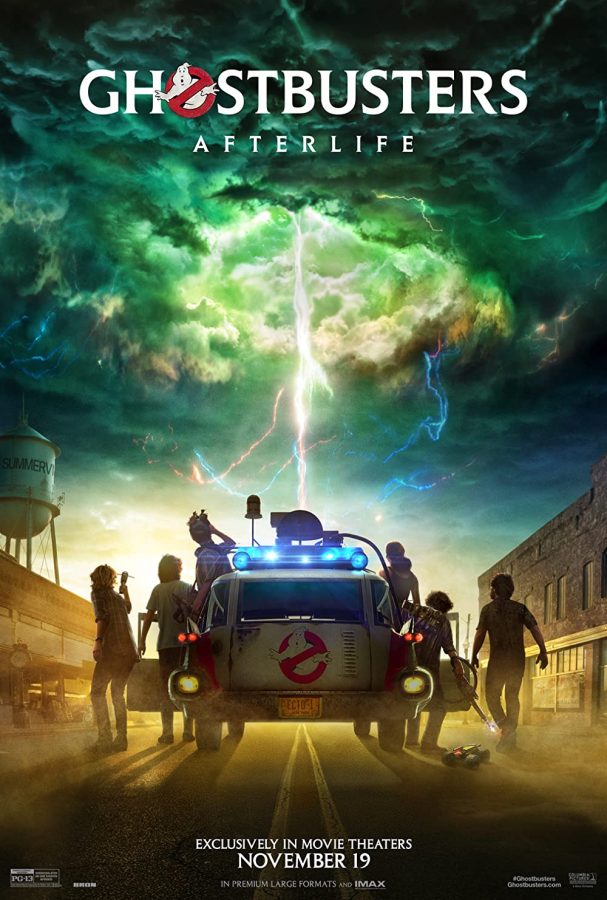 The official poster for the film, “Ghostbusters: Afterlife”.

This article contains spoilers for the film “Ghostbusters: Afterlife”. If you haven’t seen the movie, go watch it! If you have, I hope you enjoy.

During this year, we saw a return to the movie theater experience after an almost year-long sabbatical during 2020. With this, many box office hits were introduced to an eager audience of cinema fans – one of those films being “Ghostbusters: Afterlife”.

I have to admit, I was a bit skeptical about the highly anticipated addition to the franchise. As someone who grew up on the “Ghostbusters” franchise, I hold sequels to a very high standard. After the 2016 film, “Ghostbusters: Answer the Call”, fell short for many fans, including myself, I was nervous to see another movie that could possibly taint the legacy of the originals. After nearly two hours and four minutes of crying my eyes out in the theater, however, I knew that I had been sorely mistaken.

Everyone involved with the creation of this movie understood how important it was to do the original films justice. With the incorporation of the original score and editing tricks used in the previous films, “Ghostbusters: Afterlife” was a true tribute to the franchise rather than a poor attempt at a reboot. With the return of the iconic original cast as well as a CGI version of late actor Harold Ramis who portrayed Egon Spengler in the original movies, there was not a dry eye in the theater.

Not only was it incredible to see all four Ghostbusters on screen again, but the movie also gave me a sense of closure. With the film releasing in my senior year of high school, it gave me a chance to say goodbye to a rather impactful piece of my childhood. Seeing Ramis on screen a final time provided a sense of comfort to longtime fans and the cast. Truly, this movie stood above all others this year and proved that “Ghostbusters” still holds a special place in the hearts of many.