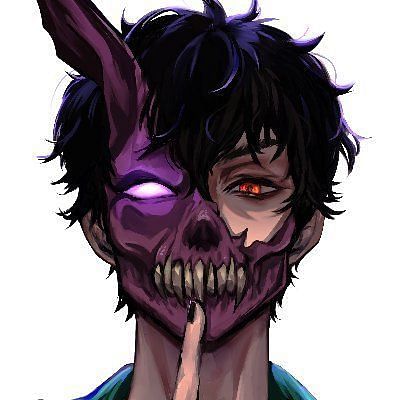 Corpse_Husband, also known as Corpse was born on August 8th, 1997. He is an American YouTuber and musician who is known for having a very deep voice. Being a social media star usually means that you’re the ‘face of the brand’ but Corpse has managed to build his whole career without showing his face. (However, he has shown his hand, because the girls really wanted that)

Corpse created his YouTube channel on July 16, 2015, when he was 17 years old. He began creating content where he narrated horror stories sent in by his fans. In September 2020, he began streaming and creating content on the video game Among Us, which has brought him much recognition, and he has since gained over 6 million subscribers on the platform.

Corpse is chronically ill and has conditions such as fibromyalgia, Thoracic Outlet Syndrome, and GERD, the last one has partially caused his voice to become deeper. Corpse has also stated that he frequently wears an eye patch due to strain from the brightness of a screen.

Corpse has associated himself with Jacksepticeye, PewDiePie, Sykkuno, Valkyrae, Ohmwrecker, H20Delirious, James Charles, Pokimane, DisguisedToast, and many more. He has even played with Minecraft streamers such as Tubbo, Dream, Quackity, and Wilbur Soot.

Corpse has said that he ‘dropped out of school due to personal issues’ then went back and dropped out yet again. He thinks of himself as a ‘rebellious student’ and was mostly good at ‘Computers and English.’

Corpse has managed to teach me a few things throughout his YouTube career, but the main thing I learned from him was that you shouldn’t let the obstacles that stand in your way stop you.