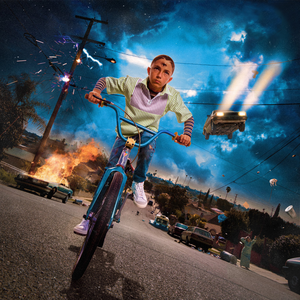 The highly growing rapper, Bad Bunny started making music with his first debut single in 2016, most recently his career has hit a high rocket in 2020. The Puerto Rican rapper released his album YHLQMDLG in late February in 2020 and was the most-streamed album of the year on Spotify with over 3.3 billion streams followed by The Weekend’s After Hours and Post Malone’s Hollywood’s Bleeding. The album name YHLQMDLG stands for “Yo hago lo que me da la gana” and in English, that means “I do what I want” and the phrase describes the rapper’s attitude towards life perfectly. An incident that happened earlier in 2020 when a transgender woman was murdered and sent a powerful message against transphobia by dedicating one of his concerts to her.

Bad Bunny’s music is often described as Latin trap and reggaeton but he has worked various other genres into his music like rock, bachata, and soul. He hasn’t only interested Latin listeners but also many people in the US with a fan favorite from this album has been the song “Safaera ” which has had great outcomes with hitting 5th on the US Hot Latin Songs Billboard. The song “Safaera” has been described as a technical masterpiece by being equal parts reggaeton symphony and perreo megamix. It featured Jowell and Randy x Nengo Flow which helped put this amazing and upbeat song together for listeners all around the world. The megamix has at least eight beat changes and lasts almost four minutes with five different rap flows that let the audience have different genres to dance out to.  Another fan favorite was “Yo Perreo Sola” which gave off an important message against harassment by showing that a woman at a club can safely dance alone and should have that freedom in this current world. At the end of the video, there is a sentence originally in Spanish, that reads “If she doesn’t want to dance with you, respect her. She twerks alone.”

Throughout the album, Bad Bunny has featured many Puerto Rican artists like Daddy Yankee, Yaviah, and Nengo Flow. With each artist adding their own touch of their specialty mainly like bachata and reggaeton. The rapper has not failed to constantly add hidden themes into upbeat songs that make us want to get up and dance even if sometimes people don’t understand the language he speaks through his music and the beats.