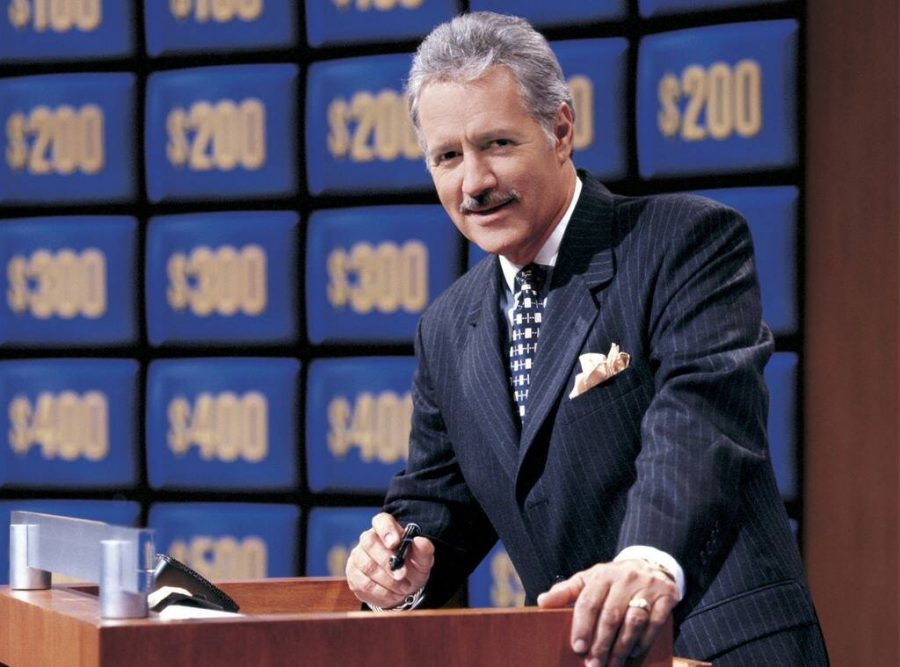 This year we mourned the loss of one of the most famous television personalities of all time. Alex Trebek was the host of the trivia game show, Jeopardy for 36 years. He was a cultural icon for generations whose name became synonymous with evening television and trivia.

Alex Trebek was a staple in millions of households across the country. Growing up, whether it be in the background while my family ate dinner or with us all trying to guess the right answer before the contestants, I could always count on Jeopardy being on every night at 7:00, and I’m sure this sort of upbringing is shared widely from millennials to Gen Z.

Before Jeopardy, Alex Trebek was no stranger to game shows. Being a native of Ontario, Canada, Trebek hosted a show called Music Hop for the Canadian Broadcasting Company. In 1973, he moved to the states to work for NBC, hosting game shows like The Wizard of Odds and Double Dare. Trebek began hosting Jeopardy in 1984 and since then hosted over 8,200 episodes, holding the world record for most game show episodes hosted by a single person. After gaining popularity on Jeopardy, Trebek guest-starred on plenty of shows like The Colbert Report and How I Met Your Mother. And of course, we can’t forget Will Ferrell’s impersonation of Trebek in the “Celebrity Jeopardy” skits on Saturday Night Live.

In a year full of disease, violence, and division, Alex Trebek’s passing was especially hard to come to terms with. Trebek passed last November at the age of 80 due to a late-stage pancreatic cancer that he was diagnosed with in March of 2019. A great life cut short, I am sure Alex Trebek’s legacy will live on in television for years to come.