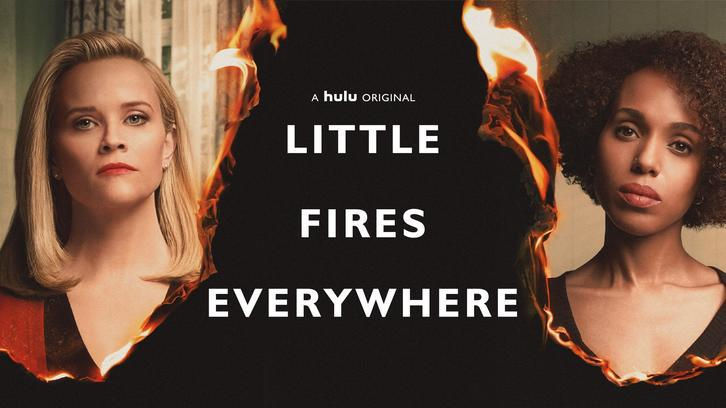 Based on a novel of the same name, Little Fires Everywhere is a Hulu Original series brought to life in the 90s, but not in the whitewashed lens that is most commonly drawn upon. The show reflects upon many important themes, most notably racism, motherhood, class conflict, abortion and individuality.

With a large budget and two of the biggest actresses in Hollywood, Reese Witherspoon and Kerry Washington, the show was bound to be a success. Witherspoon runs a book club that is known for picking books with hard-hitting topics. After choosing Little Fires Everywhere for her club in 2017, the actress envisioned how amazing it would be on the small screen.

The show is set in the Cleveland suburb of Shaker Heights, Ohio during the late 1990s. The lives of the two families that the show follows — the picture-perfect Richardsons and a single mother and her daughter surviving — are fated to become intertwined. The show mainly explores how race and socioeconomic background not only affects the two mothers in the present but has also created a past they keep hidden. It also follows the lives of their children which brought a unique perspective.

The name perfectly encapsulates how the show feels when watching. The series is difficult to tear your eyes from even when unsettling similar to a car crash. Little Fires Everywhere is one of the most thought-provoking shows out currently. No matter what notions you go into the show with, you will come out with some new thought permeating your brain.

The emotion comes right out of the screen, and while often uncomfortable, it manages to engage its audience with the drama. From the very beginning, the show creates a mystery of who burned down the Richarson’s house which is strung through all eight episodes and comes to a head in the last episode.

Little Fires Everywhere filled a gap in the TV show industry. It addressed so many important issues that still exist today without feeling bogged down or boring. Despite being slow-burning at first, the show quickly lights and engulfs itself in the fires of social injustice.