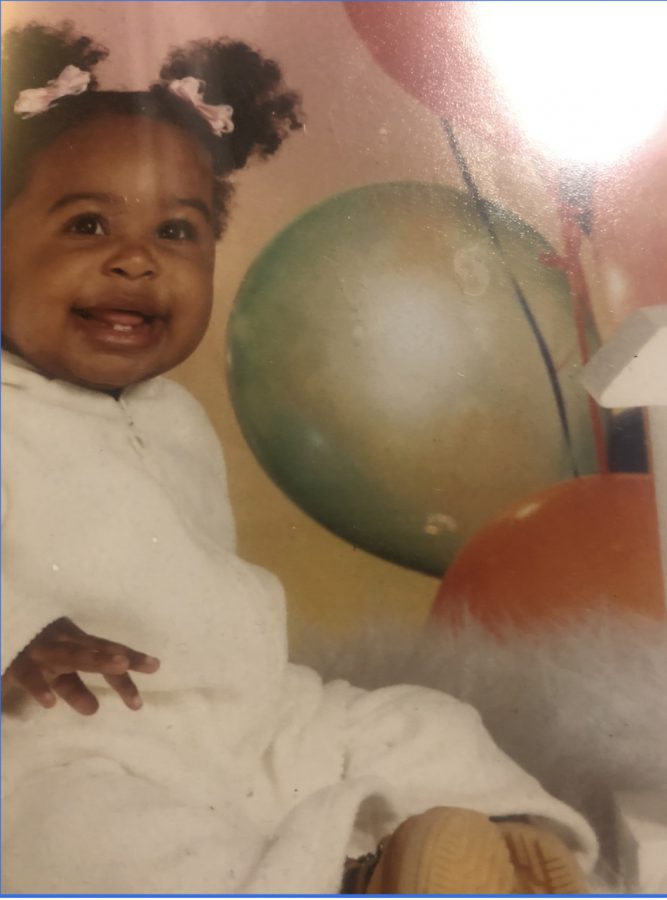 “Let there be no scales to weigh your unknown treasure; and seek not the depths your knowledge with staff or sounding line, for the self is a sea boundless and measureless.” ~On Self-Knowledge by Kahlil Gibran

I’ve been telling stories since I was little, fresh into the second grade as a matter of fact. At the time, writing was just a hobby. I knew so little about myself and my talents; however, at no point did I ever deny my chemistry with writing and other creative arts. I simply had to see inside myself to tap into it, and it took as long as the later semesters of seventh grade to do so. That was when writing became my true calling.

When I first came to Wakefield, it wasn’t the challenge of higher-level courses or intimidation from upperclassmen that occupied my mind—it was the topic of who I am. What makes me Jasanee Kamari Killins still pokes and prods at the back of my mind, yet there was a facet to my identity that I had always been sure of: I am a writer, through and through. While still exploring different aspects of my identity, writing had been the one comfort to keep me grounded. It became more than just a talent I cultivated through time, it was in my spirit and I couldn’t deny it. I told stories of characters like me, like others I knew and admired, searching for their purpose through trial after trial in their respective settings. Writing’s a part of me that I couldn’t live without, something I’d rather suffer for a thousand times over than ever give up. Yet, I still found myself doubting my abilities and potential; the last thing I wanted was to be another mediocre storyteller. If anything, I spent a lot of my time trying to make my works as intricate and elaborate as possible. Everything needs some sort of individuality, especially in works of fiction since they’ll call just about anything a New York Times Bestseller nowadays. Aside from my growing understanding of how to define my craft, I also developed a stiff outlook on how writing should be constructed—an outlook I believed I could bring to The Howler. Granted, the transition from fictional prose to more technical writing wasn’t the most comfortable situation. Flowery language is the staple to my style, but if I still wanted to do my job properly as a journalist, the change was necessary.

That doesn’t mean I completely got rid of my voice when I joined, quite the opposite honestly. Although most technicalities tied into my news coverage, I always had something to say with Editorials. Wordy and complex as they seemed, there wasn’t a single opinion that I didn’t dissect and explore vividly. While I was only capable of writing just two editorials during my time at The Howler, conversations I’ve shared with the staff, friends outside of the class and even strangers in college chatrooms note me for my little soapbox speeches and explicit insight on issues that either intrigue me, deserve attention or simply get on my nerves. At no point did I feel pressured into silence or holding back what I truly believed. Working with the school newspaper not only gave me a sense of newfound freedom and outspokenness but an environment where I was welcome to air out my opinion on the issues that truly mattered to me. I was more than another student in that class, I was my own person. My thoughts, my words, my mindset—all of which I regarded with the heartiest pride and an everlasting wit.

However, if this year taught me anything, it’s that time is fickle. It’s a dancing little light that’s so far out of reach, you can’t help but try to chase it, just to feel the warmth it brings. When you finally catch up, the light fades and you’re freezing in the darkness once again. The light is still there, but now it seems even farther away. This year captures that image perfectly. It’s almost scary, isn’t it? My development as a writer and a person has yet to reach its full breadth, especially in the wake of the COVID-19 outbreak. The pandemic has given me time to further flesh out my talents, but even when taking that into consideration, something still nips at my conscience. It isn’t just the feeling that one of the biggest milestones of my life—graduation—is being downplayed and trivialized by the media, the board of education and privileged celebrities; it also includes the feeling of being unaccomplished. I feel like the mark that I tried to make was hardly a dent in The Howler’s list of alumni, let alone that of the school. I always lived as a wallflower. I didn’t expect total notoriety, but something tells me I hadn’t fully taken advantage of the opportunities I had before all of this began. I could have attended more writing workshops, pulled my weight during National Novel Writing Month, competed in prose contests and joined Newspaper sooner as a means to get more of my work out there. I don’t want my final words to end halfheartedly, but there could have been so much more I could’ve done. For now, I can only look forward to making an impact once I attend college; I refuse to stand idly by and let my timidity keep me from applying myself to outlets that represent who I am. Despite the last-minute input I gave to this newspaper, I am satisfied enough that I was able to share my gifts and my mind with everyone through the articles I wrote, to share who I am with you regardless of who reads.

Thank you all for the kindness and patience you’ve shown to me. It has been an honor to write with you.