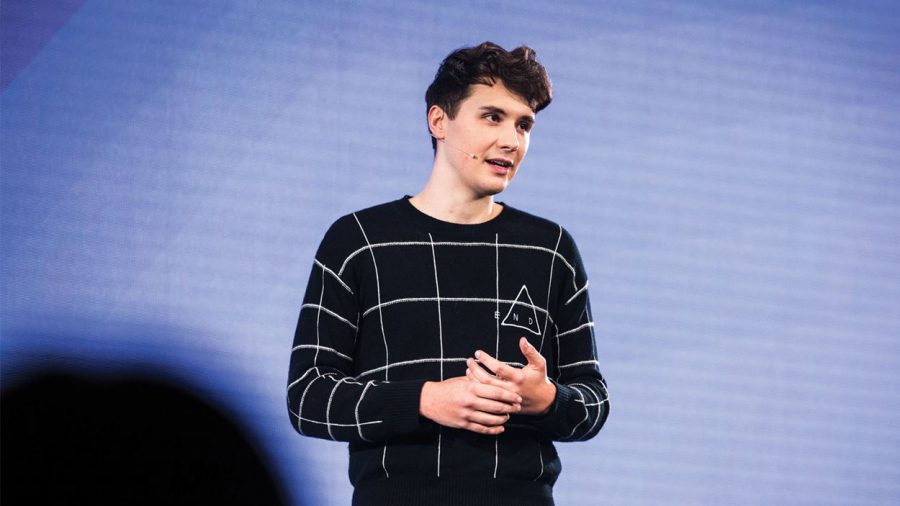 Howell talking about mental health at a Youtube Event.

British Youtuber Daniel Howell surprised his viewers this year with the release of a video titled “Basically I’m Gay.” The 45-minute video came after a year of inactivity on Youtube. It was an honest look into Howell’s life and the reasons he struggled to come out.

Howell has been one of the biggest content creators since the start of the decade, rising to fame with his comedy videos. He found his start after meeting Youtuber Phil Lester, who convinced him to start a channel. Within a couple of years, the two had moved in together and began making both separate and joint content full time.

What set Howell apart from the start was his honest and personal attitude. Before the rise of “storytime” videos, Howell had informal talks with his audience, telling them a funny story like the audience was his friend.

The next few years held many changes, from hosting a BBC radio show and gaming channel with Lester to multiple book releases and tours.

Going into 2020, Howell was secretly working on a video that would change his life. In it, he tells his journey of discovering and coming to terms with his sexuality. Its purpose was not just to come out to the world, but also to his family. This struggle is what caused the video to take months longer than expected.

The video gave the world a look into Howell’s deepest fears and worries. He goes into detail about why he struggled with his sexuality: his father’s neglect, bullying and the exposure that internet fame brings.

Howell ends his video by saying, “You were born this way. It’s right, and anyone that has a problem with it is wrong… It gets so much better, and the future is clear. It’s pretty queer.”

Howell leaves his audience with a message of encouragement, hoping for his viewers to have better feelings toward their sexuality than he used to. His journey towards accepting himself is not over, but he has set an example by refusing to only be his true self in secrecy any longer.