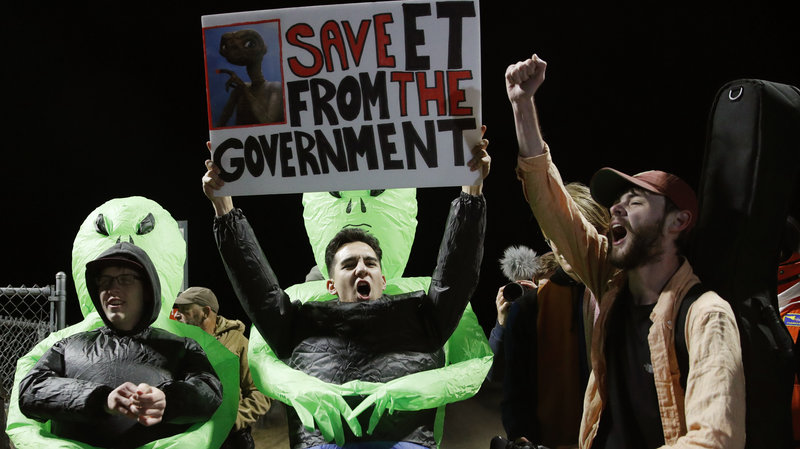 The Storming of Area-51

Little did those on social media know, September 21st would become one of the most long-anticipated dates within the year of 2019. When a few jokes escalate to the furthest extent, it results in events such as the storming of Arena 51. From copying the running style of the most prolific animes ever created to lusting after extraterrestrials, Americans fueled by the influence of meme culture came together to free their otherworldly brethren from the clutches of the government. Confident that they wouldn’t be stopped, nearly two million people confirmed they were ready to join in, responding to the meme’s original posts. However, only 150 Americans found themselves in Nevada, armed with posters of protest and assurance to boot.

In the wake of Area 51’s popularity, several people were arrested for trespassing on the premises. Beyond the borders of the compound, festivals were hosted in support of the meme’s uprising. Alienstock and the Storm Area 51 Basecamp are two of the main celebrations commemorating the event, faced with recorded 1,500 attendants. Local business owners also prepared merchandise and wares for visitors as they venture near Area 51. The site itself has always been a topic of controversy, conspiracy and intrigue, given the secretive nature of the government operations performed within its walls.

While the government did its best to deter the storming, nothing managed to prevent the handful of raiders from their attempts at invading the infamous compound. Considering the number of celebrities who also joked over attending the afamed raid, such as Jeff Goldblum and Danny Trejo, this additional response especially influenced the controversy stirred by alien enthusiasts, conspiracy theorists, and local Nevadans. Towards the end of the spontaneous event, Lincoln County, in which the raiding took place, was nearly overwhelmed with the attention it received once attendants entered and left. While residents are still adjusting to life after the storming of Area 51, the event certainly established its place as one of 2019’s most memorable memes.