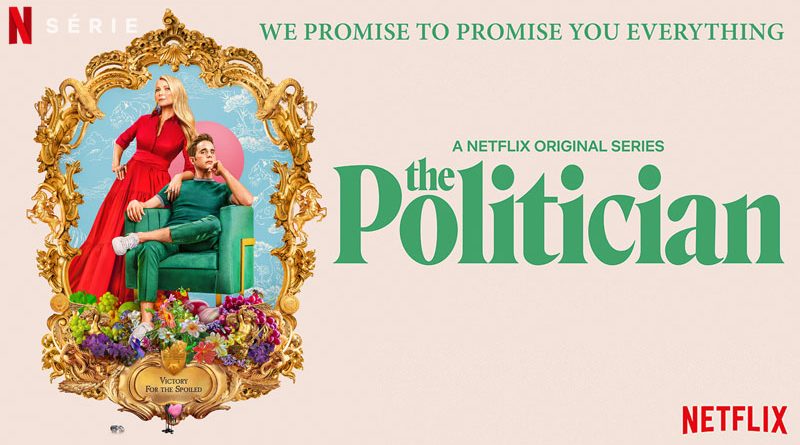 Golden Globe Best Television Series–Musical or Comedy nominee, The Politician, handles tough topics such as suicide, cancer, and abuse eloquently.  I was impressed by the show’s ability to portray these issues in such a way that it doesn’t feel brushed over or romanticized. Although most situations in the series are overdramatized for comedic effect, they are still honest, moving, and impactful. The humor in this series derives from how real and relatable the emotions are in relation to the show’s extremely dramatic circumstances.

Released on September 27th as a Netflix original, The Politician introduces a rich high school student, Payton Hobart, and his ultimate goal to obtain the presidency. Hobart is a character unlike any I’ve witnessed; his high motivation, askew moral compass, and out of the ordinary circumstances come together to create an unpredictable and engrossing storyline. Though the show centers around Hobart, it comprises different perspectives from a diverse group of characters, including his ill running mate, Infinity. It not only offers a glimpse into the (overdramatized) lifestyle of wealthy overachievers but also the people around them.

The Politician’s twisted and captivating episodes are not only entertaining but also make an audience think. It brings light to something I don’t often see in a way I’ve never seen before, and it is done beautifully.