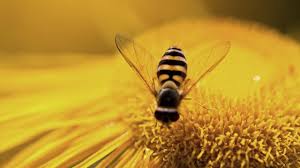 The old adage “you never know what you have until it’s gone” has a new meaning with impending threat of a global environmental collapse. So many species are becoming endangered with this progressing destruction, including the beloved bees. Yes, bees can be a nuisance with all of their stinging, swarming and buzzing, but they are a vital factor to survival. Just imagine tea without honey or a garden without flowers. Bees make such things possible, and so much more. They are the main crop pollinators, meaning they contribute to around a third of our diet.

Unfortunately, bees have rapidly become endangered over the past three decades. Finally, a solution arose in December 2018. The prospect of a bee vaccine that could protect colonies from diseases came about, bringing hope along with it. The U.S.A., the University of Cambridge and Israel are major components of this project.

So how will this all work? A study called Cell Reports, published in May 2019, states that bees transmit RNA through a kind of jelly. Henceforth, scientists will put the bee vaccine in the jelly, which will be given to the queen bee. Then, the queen bee will be brought to a hive, giving the entire colony immunity against diseases that have killed so much of the bee population. Ultimately, the breakthrough in 2019 will hopefully lead to a bright, healthy future for the bee population.