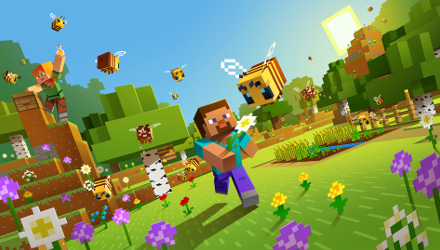 From Minecraft being released earlier in the decade, gamers are definitely no stranger to the sandbox game. Though, with influences in social media, Minecraft has taken soar once again in 2019. “Minecraft” is a video game made by Swedish designer, Markus Persson. It one of the best-selling video games, selling more than 176 million copies over all stages by late 2019, with more than 250 million month to month players. “Minecraft” is on computers, phones, tablets, and game consoles. The game exposes users to embrace their own creative expression through problem solving and building.

The word “minecraft” is a portmanteau of two verbs: to mine and to craft. “Minecraft” can be the canvas that players need to unleash their inner artist. The game is even incorporated for educational purposes at participating schools. Creative teachers use “Minecraft” as a device, in their homeroom, to breathe life into typical classwork. You can play “Minecraft” online with friends, with strangers, or independently. In 2019, “Minecraft” enabled an outlet for artistic freedom and will continue to do so for many years  to come.