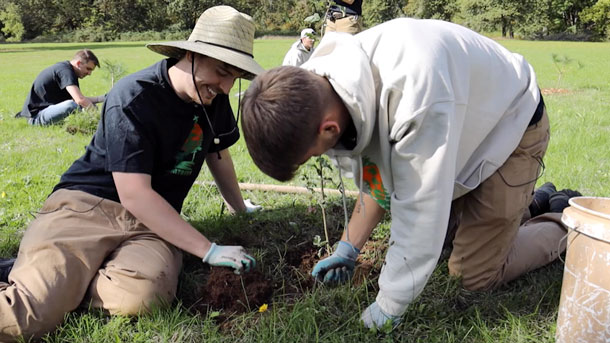 On Oct. 25, 2019 social media influencer Jimmy Donaldson, better known as MrBeast, dazzled his 25.3 million followers with his most recent upload, entitled“Planting 20,000,000 Trees, My Biggest Project Ever” Jimmy Donaldson, along with with other media stars, worked with benefactors to plant trees by raising money for the cause. MrBeast raised more than $8.2 million with donations from Elon Musk, Twitter CEO Jack Dorsey and his fans. By partnering with the Arbor Day Foundation, Donaldson and fellow YouTuber Mark Rober encouraged more than 300,000 people to make donations since the TeamTrees campaign launch.

The Arbor Day Foundation says that 100 million trees consume eight million tons of carbon over their lifetime, which is what could be compared to taking 6.2 million vehicles off the street for one year. The trees will likewise decrease water spillover and channel contaminations and microparticles from the air. They potentially could create $32.9 billion in ecological advantages.

At one dollar a tree, the project’s goal was ultimately to raise $20 million by Jan. 1, 2020 to plant all of the trees, but now it’s an ongoing mission. #TeamTrees was originally a campaign MrBeast started to celebrate his milestone of reaching 20 million followers, though what began as a commemoration turned into an impactful environmental effort.