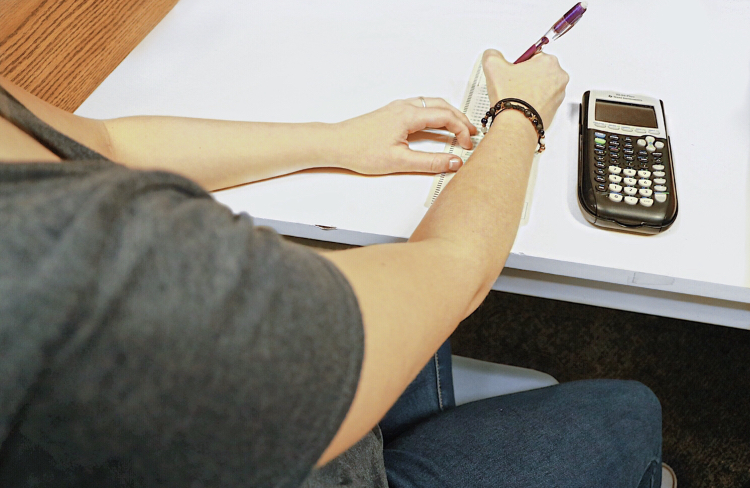 A student fills in a standardized test bubble sheet.

On Sept. 7, Governor Roy Cooper signed the testing reduction act that will eliminate North Carolina high school exams (NCFE) all over the state.

The state House and the Senate have both made a decision to get rid of over 20 state tests, this will include NCFEs and a variety of classes from math and science to social studies and science courses.

“I think this is a positive change for sure because I don’t think the stress these tests bring is worth it,” said Vivek Vanukuru senior and president of Wakefield Science Olympiad.

“North Carolina needs to be able to assess how our schools are performing and how well students are learning,” said Cooper in an interview with News Observer. “A reasonable assessment system [is needed] that gives teachers and parents accurate information without sacrificing accountability.”

Katie Rossini, Wakefield’s Assistant Principal of Instruction explained how NCFE tests are being taken out of the equation beginning in the school year of 2021.  From that point forward, North Carolina high school students will take the American College Test (ACT). This will not affect grades, but will become the basis of ranking schools and deciding where funding and resources will be distributed.  For students in elementary or middle school, the End of Grade test (EOG) will be replaced by a series of smaller tests given throughout the year.

“The good thing about the ACT is that it’s a national test, and that means our schools will be compared to schools not only in our state but every school in the country,” said Rossini.“We can make sure NC schools are being competitive with the rest of the schools in the country.”

“I think we need to come up with a solution [to grading and ranking] that doesn’t involve testing,” said English teacher Amy Miano.   “Having tutored the ACT I think the ambiguity of the test questions is not a good measure of what a student can and can’t do.”

“I think this [the new bill] is a good thing for students like me who don’t really care about the ACT because it gives us more instructional time to learn in class, without having to worry about what’s going to be on the test,” said Casey Trogden, senior.

End of Course exams are a significant portion of a student’s grades, and the pressure of their school’s ranking test can become overwhelming.  This new bill hopes to take some of the stress out of end of year testing by alleviating the ranking part of the test to the ACT.

“Something needs to be put into place that can track the cumulative testing and work a student has done throughout their schooling all the way from elementary school to high school,” said Miano. “And I think we are moving towards that with the introduction of the new digital portfolios.”