Thank you for the ‘Opportunity,’ NASA! I’m ‘Curious’ to see what happens next. 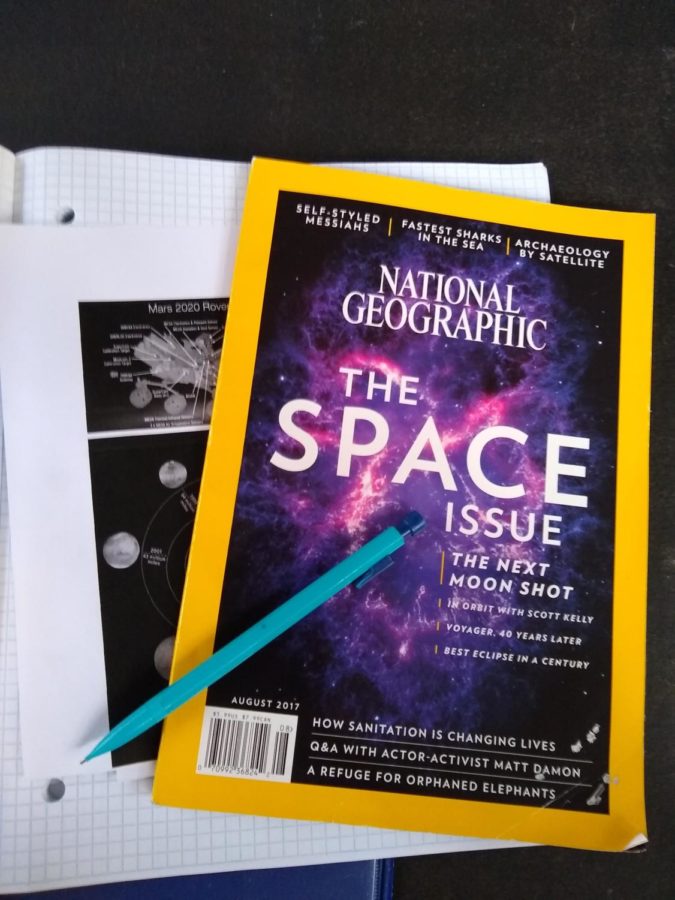 In late August of this year,  NASA announced the Mars 2020 Name the Rover contest for K-12 students across the nation to cast their votes: what should we name the new Mars rover?

NASA will invite the Grand Prize Winner in the rover’s launch from Cape Canaveral, Florida next summer. Students’ participation, NASA hopes, will “engage [them] in the STEM enterprise behind Mars exploration and inspire interest in science, technology, engineering and mathematics.”

“[The contest] just gets [students] excited about the unknown,” Stanek said. “I think that a lot of the time they are handed information — [the contest] really gets them involved in finding [and] learning the information.”

Approximately one year after its name selection, the rover will touch down on the Martian surface near the Jezero Crater — an area believed to have contained a lake in its distant past. Rolling across the remote soils of Mars, this robot has ambitious plans to search for signs of past microbial life, study Mars’ climate and geology, and augment human exploration of the Red Planet. NASA expects its efforts will spur a ‘Mars Sample return campaign,’ wherein samples gathered from Mars can be studied in more detail on Earth.

“Finding definitive proof of past microbial life would change how people view Earth, Mars and the universe,” Williams said. “People [may] reflect on how they view humanity, life and more.”

The Mars 2020 naming competition is the latest in a series of NASA-sponsored contests, dating back to 1994 with the Sojourner rover. Weighing just 25 pounds, the tiny traveler got its name from 12-year-old Valeria Ambroise. In her winning essay, Ambroise explained her choice to name the rover after African-American reformist Sojourner Truth, who advocated women’s rights during the Civil War era.

Less than a decade after Sojourner’s landing, twin rovers Spirit and Opportunity embarked on their journey to Mars in search of evidence of water on the Red Planet. Nine-year-old Sofi Collis from Scottsdale, Arizona submitted the winning names. Collis lived in an orphanage in Siberia until age two, when she was adopted and moved to America. In the U.S, she explained, her ‘dreams’ could ‘come true.’

“I think [the contest] is good for kids who are really interested in space,” Azamy said. “[NASA] can get [valuable] information from them.”

The Mars 2020 Name the Rover contest is open to U.S. students in public, private and home schools through November 1st. Preliminary judging will take place until January of next year. 52 semi-finalists from each age group — K-3, 4-8, and 9-12 — will represent their respective U.S. territories. Then, three finalists from each group will advance to the next round.

President of Firewall Robotics Katie Summers speaks enthusiastically about entering the contest herself.

“Even if I don’t win, I still get to know that somebody my age created [the winning name] and that I was [a part of the contest, too],” Summers said.

Students submit 150 word essays to justify their choice names of up to 50 characters. Only one entry is allowed per person and must be completely original to the student. Semi-finalists will receive a Mars Prize Pack from the Jet Propulsion Laboratory located in Pasadena, California. NASA will publish the essays of all the finalists on its official Mars website.

Stanek advises students participating in the contest to keep the scientific community’s intentions in mind.

“I feel like everything in science can be broken down into its purpose and function,” Stanek said. “What is the rover’s purpose? That should be the goal.”