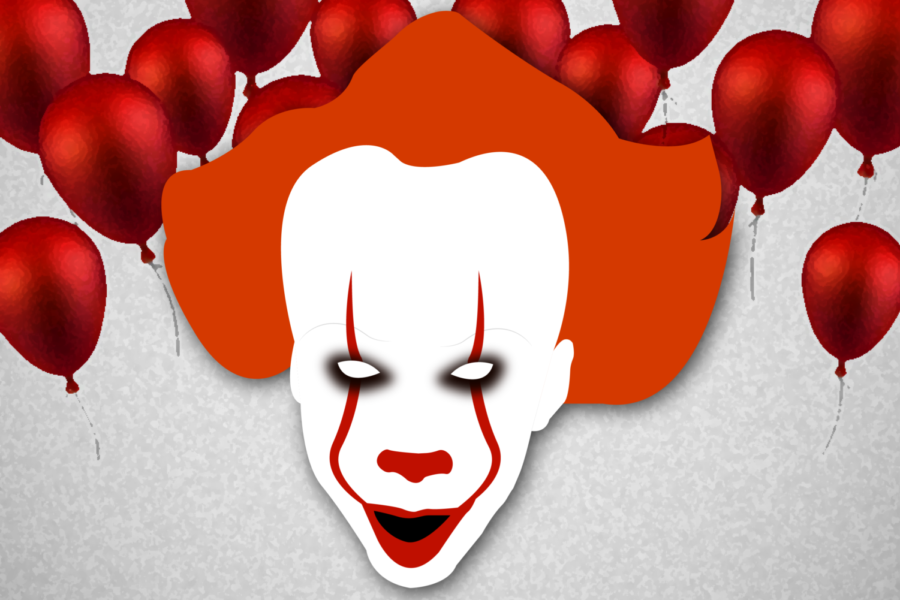 *Warning; spoilers included.  This movie is Rated R, so interested viewers will have to have a parent attend the movie with them!

Watching “IT” created in 2019 in the theater with my mom this past September brought me back to when I watched the 1986 version with my parents. The frightful clown Pennywise has generations of people excited to see what’s next. Since the book “IT” by Stephen King was written in 1986, directors and scriptwriters have been honored to recreate and share their versions with the world. King’s book was recreated as a movie by Ray Bradbury in 1987. 27 years later a young inspired writer, Gary Dauberman decided to recreate the movie in a two-part series.

Throughout the years “IT” has been about six teenagers in a ‘losers club’ who try to destroy a clown who haunts the town of Derry. The movie involves two parts one as youths and the second as adults. The main characters are Richie, Beverly, Mike, Ben, Stanley and Eddie.

The book,“IT,” was quickly made into a movie  that terrified and delighted audiences. Pennywise, “The Dancing Clown,” wakes every 27 years from his slumber to feast on children. Twenty seven years after the release of the first movie, Andres Muschietti directed a remake of the original “IT.” “I went back and saw it a second time because it was so good,” said King after watching  “IT 2” which made $123 million worldwide.  For this rendition, Bill Skarsgard played Pennywise. With all of his compassion and competition with the original played by Tim Curry, people say he had a much scarier presence.

“IT 2’’ broke the record for bloodiest scene ever made, using 50,000 gallons of blood. The scene was with Beverly March one of the “Losers”, played by Jessica Chastain in the bathroom stall at school as it started filling up with blood. This was by far the most frightening scene of the movie.

One of the biggest changes in the story were in the relationships. At the end of the movie, Eddie Kaspbrak dies while fighting Pennywise. Richie Tozier one of the other “Losers” takes it the hardest”,” hinting at “his” strong hidden feelings for Eddie.  At the end of the movie, Richie carves their initials on the bridge near the Losers Club hideout. Throughout the film, Richie is teased about being single, and by carving his and Eddie’s initials he silently declares his love for his friend. In the original film, Richie has a wife and a kid without any romantic relationships between the kids in the “Loser club;” This is by far the biggest change of the two movies.

Wondering if maybe a killer clown who takes children would happen outside of just a movie is very terrifying. What makes this film different is it addresses real-life horrors including abuse, bullies, death and fear.  What makes this movie scary to me is knowing this is happening in the world right now. Bullying is such a normal thing that it’s hard to see.  Just like Stephen King said, “Pennywise is everything you fear”.

If you didn’t get a chance to vote, comment below with your thoughts on which movie was better.