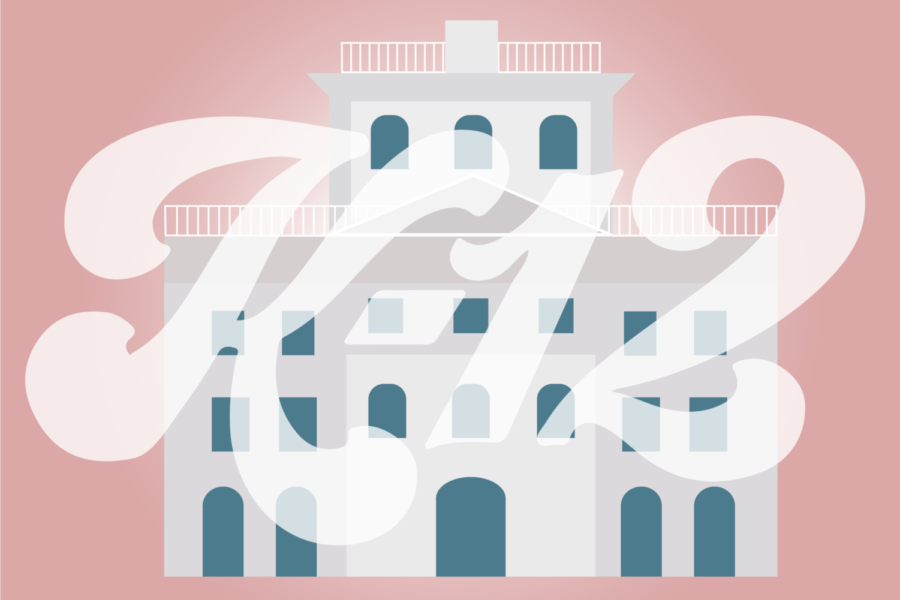 The school from the K-12 album cover

On September 6, Melanie Martinez rose again with her new album K-12. This was her first album to be made into an accompanying film.  Martinez’s unique style and meaningful lyrics are portrayed in her albums. She uses metaphors to symbolize bigger and deeper meanings that people often face in our society. For example, her alter-ego “Cry Baby.” Cry Baby symbolizes a smart and sophisticated girl who is misjudged as an ignorant little girl.  She addresses many issues that teenagers go through every day such as self-confidence and the fear of being judged.

The songs on this album include:

The K-12 film is set in the secret boarding school that Cry Baby – Martinez’s character- and her best friend, Angelita, attend. In the film, Cry Baby and Angelita have superpowers that they use against the corrupt principal. The pair must attempt to save all the other students from the control of the principal and his staff. The staff works for the principal as they control all the students’ brains at the school. Each song is connected to the film and shown through different scenes. Along the way, some songs highlight different challenges that Cry Baby encounters. Cry Baby faces bullying, falling in love, making true friends and manipulation.

Martinez addresses touchy issues using her well-known metaphors. In  “Strawberry Shortcake,” she sings about how girls are uncomfortable in their own bodies because they will always be seen as objects.  In “Orange Juice,” she references eating disorders, specifically bulimia. Martinez also addresses positive aspects and gives advice in her songs. In “Lunchbox Friends,” she sings about finding your true friends who will always be there for you. In “High School Sweethearts,’ she lists all the steps that need to be followed in order to be someone’s one true love.

Martinez created an amazing album! She continues to cover real-world problems in her songs. I personally enjoy the song “High School Sweethearts,” because it is very relatable to many teens, including myself. It is hard to find true love and that person that will always be there with you for the rest of your life. Being that “it” person for someone is hard and does require trust, loyalty and commitment. Be sure to check out the album and watch the short film on Youtube.