Seniors reflect on their basketball accomplishments 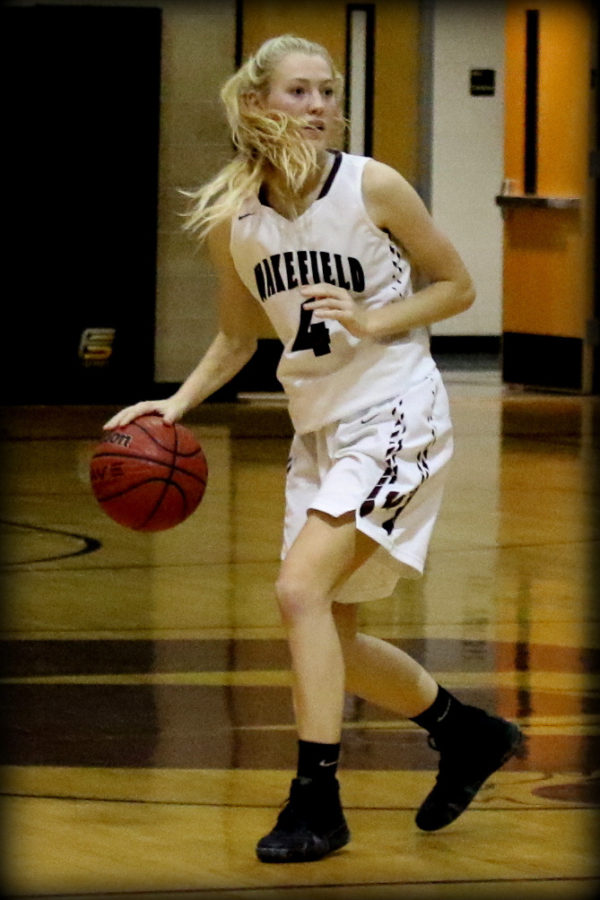 At Wakefield High School, basketball season has come to an end. Both the men’s and women’s teams left outstanding records. The boys had a record of 24-5 and the girls had a record of 27-2. As the seniors walk away from a great season, they reminisce on how the season turned out.

Trae Smith, a starter, surpassed 1,000 points this season and averages 19 points a game. He remembers how it all started.

“When I was younger my dad pushed me to play,” Smith said. “As time went on, I started to enjoy it more and developed a love for the game.”

This year’s men’s team was beyond extraordinary. The amount of talent that was shining on the court, throughout every game, was palpable. There were many factors contributing to Wakefield’s overall success.

“We have many different elements that we haven’t had before,” senior Peris Pavlinac said. “We have the point guard, the speed, the muscle, the shooters and then our defense has been a lot better than the past.”

Pavlinac is one of the key components of the girl’s team. This season she has reached 1,000 points and averaged 10 points a game. She loves to have fun with the team.

“It’s a fun activity to do and I have met a lot of great people while doing it,” Pavlinac said. “They are great friends and it’s fun.”

Most seniors have been with the team since freshman or sophomore year. They all have an incredible bond and love their teammates like family. They pick each other up when they’re down both on and off the court.

“We all bonded not only during practices and games but as far as off the court, we are all best friends,” senior Elijah Shabazz said. “It’s different than any team that has been around here at Wakefield.”

Shabazz is a do-it-all player for Wakefield basketball. He has scored over 650 points and has led the team in assists and rebounds for two straight seasons.

While their season was amazing here, they are ready to move on to bigger and better things. Gabrielle Donaldson is one of the most valuable players on the women’s team. She is excited to see what the future holds.

“I will be playing basketball at Harvard for the next four years,” Donaldson said. “Go Crimson!”

The seniors have advice that they took with them through the season. They wish the underclassman the best as they attempt to keep the conference champ title and continue their legacies.

“Keep working,” Smith said,  “always try to be better than the guy next to you.”