What “Rent: Live” did right- and wrong 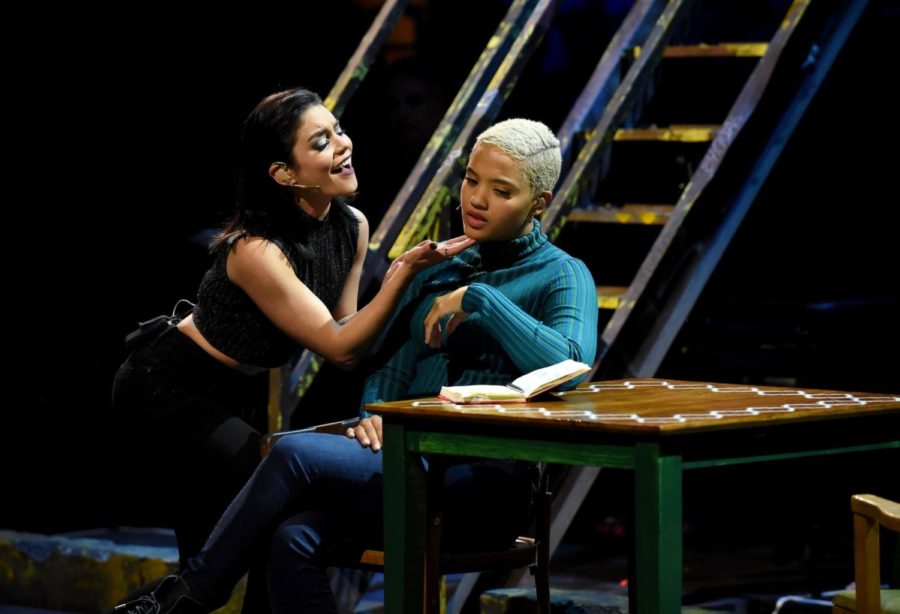 “Rent: Live” was highly anticipated until it aired Sunday, January 27, on Fox. The musical has gained a dedicated following since it’s opening in 1996. The show is set in the East Village of Manhattan during the height of the AIDS/HIV crisis. At that time, the East Village was the epicenter for progressivism and the Bohemian Lifestyle. The characters struggle with AIDS/HIV, poverty and their relationship.

The Fox production team included Marc Platt, the man behind “La La Land”, Julie and Al Larson.  Julie and Al are the sister and father, respectively, to the original creator of  “Rent”, Jonathan Larson. The new cast only increased excitement for the performance, boasting names such as Jordan Fisher, Tinashe and Vanessa Hudgens.

Everything seemed to be going smoothly, until just hours before the show began. Brennin Hunt, who was cast as one of the leads, Roger Davis, broke his foot. The team had failed to hire understudies, making this a massive problem. Their solution was to air most of the show in clips from a prerecorded dress rehearsal; meaning only the last 15 minutes of Rent: Live was actually live.

As the rehearsal aired on Fox, the show was performed as planned for the live audience. Why this wasn’t the performance playing for viewers at home is unclear, but it is certain is that it would have been more reminiscent of theater’s number one rule: the show must go on.

For a musical celebrating resilience, it’s fitting that it should air under complicated circumstances. Despite the show’s obstacles, the quality of the actors and actresses performances were incredible. The vocals were absolutely stunning and telling of the intended emotions. The performers stayed true to the original writing, giving the audience the full experience of the original Broadway production.

The performance was just as impactful today, as it was directly after its initial release. The message was broadcasted to a new generation, exposing the youth to unique ideals that emphasize the power and importance of love and acceptance.