Untameable Spirit: The Evolution of “If Beale Street Could Talk” 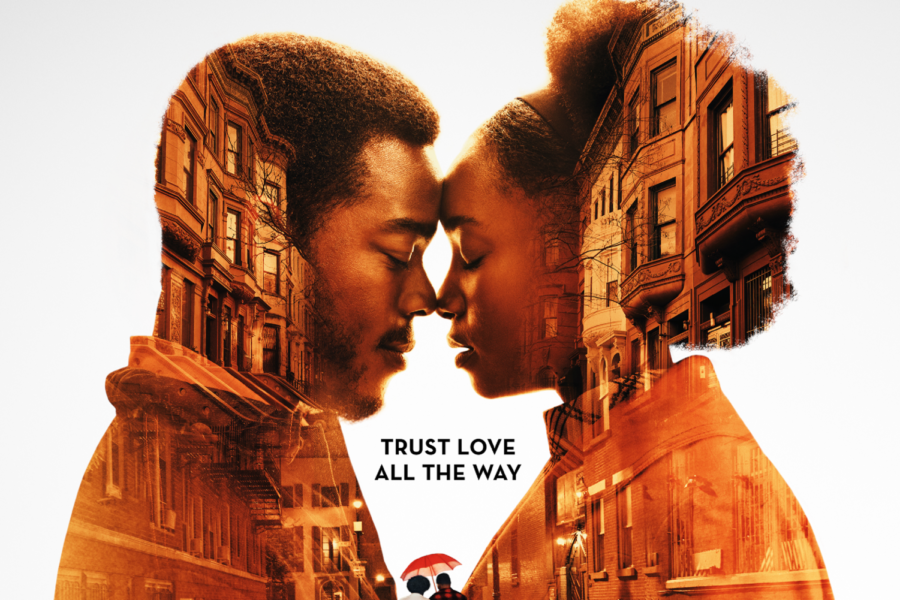 If Beale Street Could Talk Directed by Barry Jenkins, Plan B Entertainment and Pastel Productions, 2018

Tish and Fonny hold each other in a romantic embrace.

“This is my strangest book yet”. The infamous phrase had eloped Author James Baldwin’s mind as he completed the empirical masterpiece, “If Beale Street Could Talk”. This immaculate conceptualization of black love painted on the subjugations of a racist 1970’s societal landscape has proven itself to be a period piece that almost deteriorated into literary oblivion.

In the story, neighbors in Harlem , Alonzo “Fonny” and Tish have always known since childhood they belonged to each other. The profound ferocity of their love only continued to culminate to vast proportions as they grew up. However, it always remained undeniably, pure and true. Yet when their world is reimagined as a race for time, Tish’s love for Fonny grows deeper than the racial apprehension that hungers for their bond to sever. Fonny is falsely accused of rape and awaits trial, which was pinned on him by Officer Bell, a white cop who lives in a superiority complex of enforcing his authority over young black men. As Bell jostles Fonny into the system, the bureaucracy of incarceration of the time is hell bent on negating the innocence of man. Tish’s and Fonny’s families come to the aid of one another to prepare a revolution within the justice system that will breathe life into Fonny’s innocence, while at the same time preparing for the arrival of Tish’s unplanned child.

The fusing of these concepts, love and a family challenging adversity, has served as Baldwin’s breeding ground to accurately depict the controversies of living black in America. When Baldwin released “If Beale Street Could Talk”, the story spawned a  correlation of mixed reviews. Of course, the more dissonant critics spoke the loudest. New York Times writer Anatole Broyard stated that Baldwin had become “outdated” when compared with his writing counterparts, such as Richard Wright. Christopher Bigsby, columnist for The Guardian, accused Baldwin of reciprocating civil rights era conflicts against America, and for “recreating the mood and deploying the images of a former decade”. Other critics like Larry McMurty and Carl Senna argued that the novel’s reliance of Tish’s first person narration encompassed “bad artistic direction”. They felt as if she was “not really credible” because she had been perceived as “too sophisticated”.

Despite the reviews, “If Beale Street Could Talk” became a Book-of-the-Month Club selection and found itself on the best-seller list for several weeks. Baldwin’s reliable liberal readership came to his aid for a proper send off. Though, soon the underlying stigma surrounding the story infiltrated his once loyal group of supporters. Darryl Pinckney, editor of a collection of Baldwin’s late fiction, concluded on evidence that white readership of the 70’s “had had enough of hearing about problems they no longer had the will to solve”. As much stimulative acclaim Baldwin received at that time, white readership had already begun to evade the vivacious protests against societal norms in literature. As Pinckney puts it, they were tired of reading about “fantasies of resolution, of roots found, the past appeased.”

According to “Slate Magazine”, In early 1975, “If Beale Street Could Talk” had begun a downward spiral of being marketed as a straightforward romance between man and woman by the company, Gauzily. The cover illustration included a nondescript couple holding each other at sunset. This was due to the fact that the company didn’t know how to compensate for the white readership’s extensive drawback from civil rights. To no avail, Baldwin didn’t know either. Concurrently, this is why he labeled his novel his strangest, all the while carrying the apparition for social justice into the 70’s. He left this bemusing mystique around his work as a persuasive reminder that there was still a colossal amount of damage and fortification to be done.

Nearly four decades later, Director Barry Jenkins has adapted the vexed novel into a manifestation of Baldwin’s wildest desires. With his potent creative direction for the film Jenkins takes Tish’s ( played by KiKi Layne) point of view and lets it become the oracle for the film. Tish’s voice narrates the romance between her and Fonny ( portrayed by Stephan James) in a future point of time. This indication serves as a bridge between the movie and the novel. That they each give the character a reflective quality of voice that represents the social consciousness of both works of art.

Jenkins use of filling the screen with vivid warm color palettes and along with personalized camera movement offers each viewer a substantial view into the emotional developments of the characters. The warm honeys, browns, yellows, and darkened reds acquainted with close up shots balances the dark with heavy, and the light with spontaneity. This translates the conviction of Baldwin’s words as he developed the wonders of first love and the racist outside world’s threat to the screen. The final stamp of revelation is the score of the movie. It freezes the two concepts in time, sounding them off as hopeful and heartbreaking. Although Jenkins creation can be seen as a hybrid masterpiece, it refuses to appeal to the white gaze, just like the novel. It’s a story of black love, how resistant it is, the black struggle, and how tumultuous it can be. A story that doesn’t wait for the ignorant to catch up.