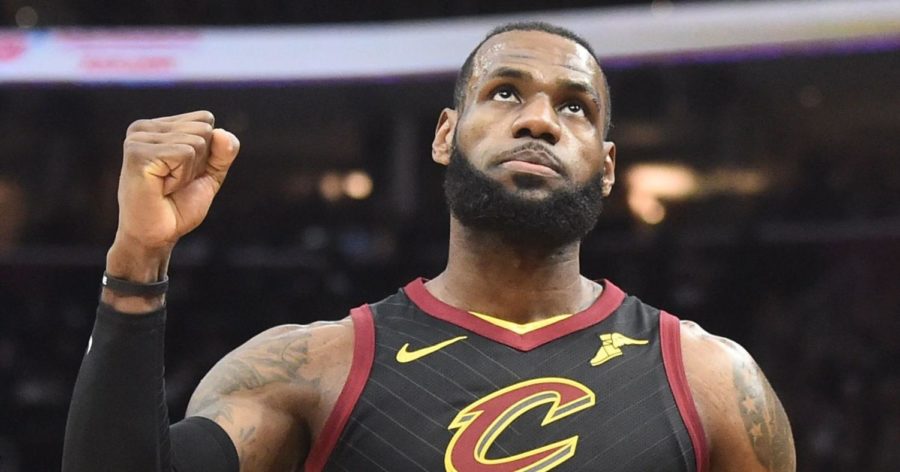 Basketball icon and global superstar, LeBron James, had an amazing year in 2018. In his 15 seasons in the NBA, James endured a lot of turmoil with the rusty Cleveland Cavaliers. Despite a subpar roster, James shocked the world by willing his team into the playoffs and winning the Eastern Conference Finals by beating the historic Boston Celtics in seven games. The series solidified James’ spot as one of the greatest athletes of all time.

Though the Cavs lost in the NBA Finals in four games to the Golden State Warriors, who have four all-stars, what James did, not only for his team but for the city of Cleveland, is unparalleled. Going into a free agency, many people believed that James would depart from Cleveland to take on the challenge of leading a young team with talent, the Los Angeles Lakers. On July 2nd, James signed with the Lakers and is now in the highly competitive western conference for the first time in his illustrious career.

On July 30, 2018, James opened the I Promise School in his hometown of Akron, Ohio. The school aimed to help at-risk, inner-city kids by providing a top-notch public school education, first grade through eighth. He received praise for this feat, and this put him, in many minds, ahead in social issues of the great Michael Jordan.

James entered his 16th season with the Los Angeles Lakers at age 33, which is old in athletic terms. He is still a contender for the NBA’s MVP award. James is averaging 27.7 points per game this season, which is fourth in the league and has led the Lakers to an 18-12 record, which is currently fourth in the Western Conference.

On and off the court, James has excelled and used his platform to elevate others, possibly better than any other athlete during 2018. Against all odds, he remains ‘the king.’