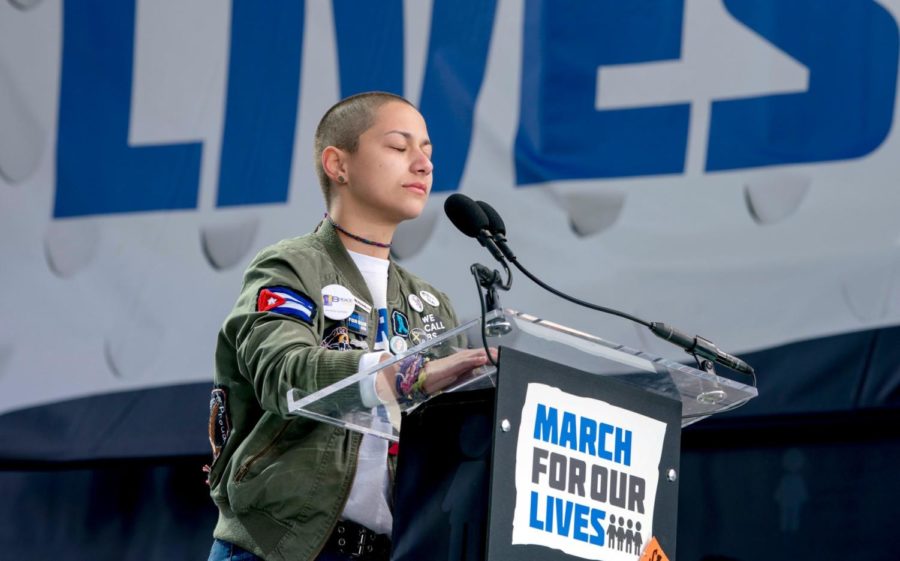 On February 14, 2018, a mass shooting took place at Marjory Stoneman Douglas High School in Parkland, Florida. Activist Emma Gonzalez — a senior at the time of the massacre — stood up to gun control legislators and called “B.S.” Gonzalez channeled her heartbreak into a fight for reform, justice and survivors’ voices to be heard.

Two days after the devastating Valentine’s Day, Gonzalez was asked to prepare a speech for a gun control rally.

“For what seemed like the first time, adults were treating me and my peers as though they cared about what we had to say,” Gonzalez said in Glimmer of Hope: How Tragedy Sparked a Movement, written by “March for Our Lives” founders.

Throughout her speech, Gonzalez passionately advocated the safety of students across the nation; she held lawmakers accountable for the urgent change in gun control policies our country requires to end school shootings.

“Since [our founding fathers] added the second amendment to the constitution, our guns have developed at a rate that leaves me dizzy. The guns have changed, and the laws have not. We certainly do not understand why it should be harder to make plans with friends on weekends than it is to buy an automatic or semi-automatic weapon,” Gonzalez said at the anti-gun rally in Fort Lauderdale, Florida.

Gonzalez endured what no high schooler should ever have to go through. In the midst of her mourning, she preached her mission of stopping the school shooting epidemic — to bring justice to the Parkland victims and protect the people of our generation.