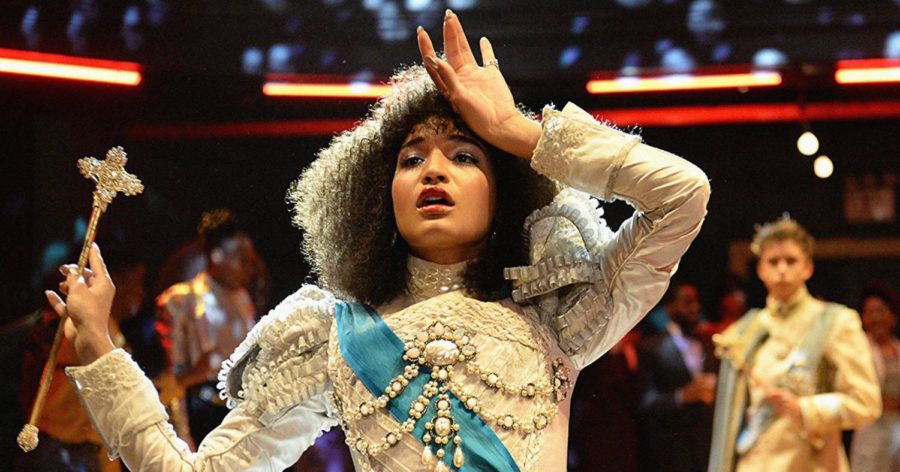 You sit at your tv screen tossing the thought in your mind: is there more than what meets the eye? POSE, Fox’s smash hit, answers yes, but with the price of new education, and payment of understanding. An unadulterated, ragged fairytale of glitz and glamour that seeks to arouse the stigma of societal juxtaposition.

POSE is cemented on a caricature of survival. Envisioned from the minds of gay and transgender, minority youth finding refuge in New York during the ’80s. We see the upsurge of ballroom culture, which is a subatomic, vivacious world that is primarily exclusive to providing guidance and warmth to children who have been abandoned by their biological families, and competitions billeted for those who want ‘legendary’ status. Moving away from the ballroom scene dynamic, the show encapsulates a timeline of events that fractures the medium between greed and personal health. The rise of the luxury Trump era universe, AIDS epidemic, gender reassignment surgery, the ‘down-low’ lifestyle, homophobia and transphobia are just a few topics that distort the course of life for the show’s characters.

Along with being renewed for a second season, POSE has garnered a revered reputation for being an immaculate depiction of precise storytelling. This storytelling reveals the real-life experiences of the lives that continue to thrive and the ones that were lost during this time period. The unprecedented spectacle has also revamped the entertainment industry, as a whole, by displaying a predominantly transgender cast. Actresses Mj Rodriguez, Indya Moore, Domonique Jackson, Angelica Ross and Hallie Sahar all star in the show as principle characters that assert the storyline from delicate exposition to elated climaxes. Writer, producer, and director Janet Mock has signaled a change in what is foreseen behind the iron curtain of production. Mock will be renowned as the first transgender woman to receive a position of this stature.

With decadent help from ballroom pioneers, such as Jose and Hector Extravaganza, Ryan Murphy, creator of the show, and his assembled team of creative talent, have scored a Golden Globe nomination for a Best Scripted TV Series.

It’s a sheer marvel to be able to view a trailblazing moment in history like this one. A moment in time that many didn’t see coming to fruition. It’s now time to take this diamond candle of triumph and run with it to the sunset of new beginnings.