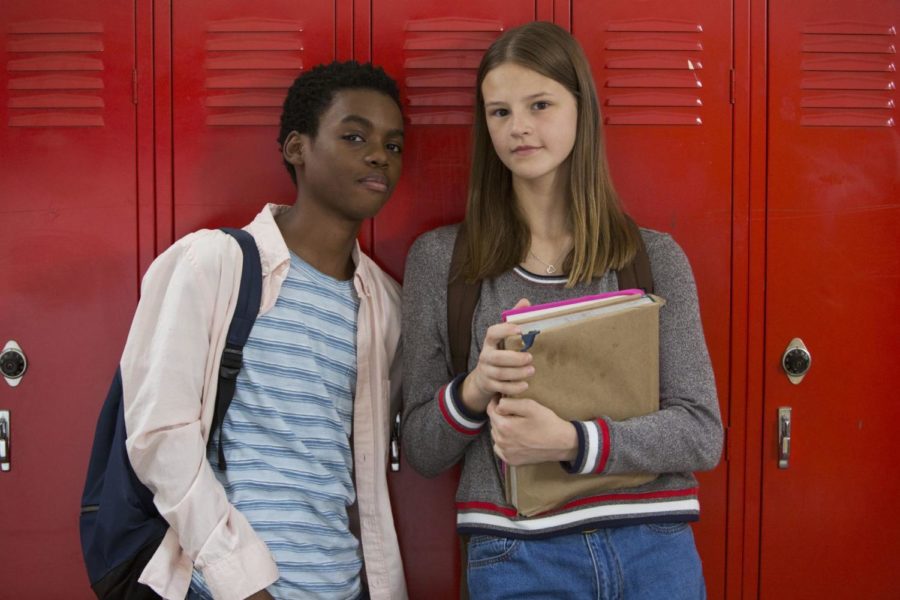 Released in February of this year, season one of  “Everything Sucks!” depicts the lives of six teenagers living in a town called Boring during the late nineties. A rivalry between the audio-visual club and drama students is resolved by combining their skills to film an original sci-fi film.

Protagonist Luke O’Neil kicks off the new year as a freshman at Boring High School and quickly develops an infatuation for the principal’s daughter, Kate Messner. He puts together a grand, romantic gesture for the whole school to see — one that Kate feels pressured to accept, despite having conflicting feelings towards her sexuality. When drama student Emaline sends hateful rumors her way, Kate’s father/principal, Ken Messner, grows worrisome as he struggles to connect with his daughter. However, his spirits are lifted after meeting Sherry O’Neil, Luke’s mom; they confide in each other about single parenthood and a relationship blossoms.

“[Everything Sucks!] is so sincere and sensitive in its treatment of its young characters — especially the two main ones, Luke (Jahi Di’Allo Winston) and Kate (Peyton Kennedy) — as well as their respective single parents, played by [Claudine Nako and Patch Darragh], that it succeeds in making you care deeply about what happens to them,” Jen Chaney writes on Vulture.

The show is an emotional roller coaster that many teens can relate to; plus, young adults can revel in its nineties nostalgia. AV and drama club students are able to find common ground through their artistic passions and hurdles to overcome — an amusing adventure to binge-watch. The show’s character dynamics and storyline are engaging, heartfelt, and true to teenage life.