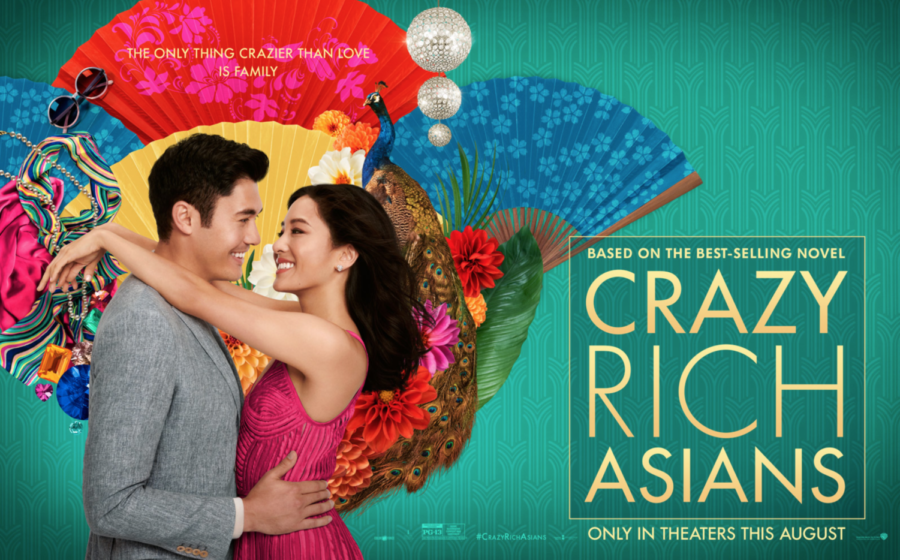 Based on the bestselling 2013 novel by Kevin Kwan, Crazy Rich Asians follows American Professor Rachel Chu (Constance Wu) on her journey to visit her boyfriend, Nick (Henry Golding),’s family in Singapore. Upon arriving, she realizes that his family is extremely rich, which comes as a surprise to Chu. She becomes immediately intimidated by his family’s lavish lifestyle and is instantly judged by his family members. Some of them decide that they like her. Others, however, like his mother, decide that she is not good enough for Nick. It received great reviews from The Washington Post, a score of 91% on Rotten Tomatoes, and a 5/5 on common sense media.

This movie is important for modern society and the Asian-American community because it normalizes Asians in the media. This movie proves that kids and adults of Asian descent can accomplish great things. This has been the first major Hollywood film with an Asian majority cast since The Joy Luck Club in 1993. That’s 25 years that have passed since Asian Americans have had a big piece of representation. Constance Wu was nominated for the Golden Globes’ Best Actress in a Motion Picture–Comedy or Musical, making her the first Asian woman nominated in that category in 44 years. According to BBC News, Wu didn’t expect to be nominated simply because she had never seen it happen to an Asian-American woman before.

Director Jon M. Chu did a wonderful job of combining comedy with a beautiful storyline. The depiction of Asians in this movie is essential for growth in our society and an amazing beginning to the battle against discrimination.