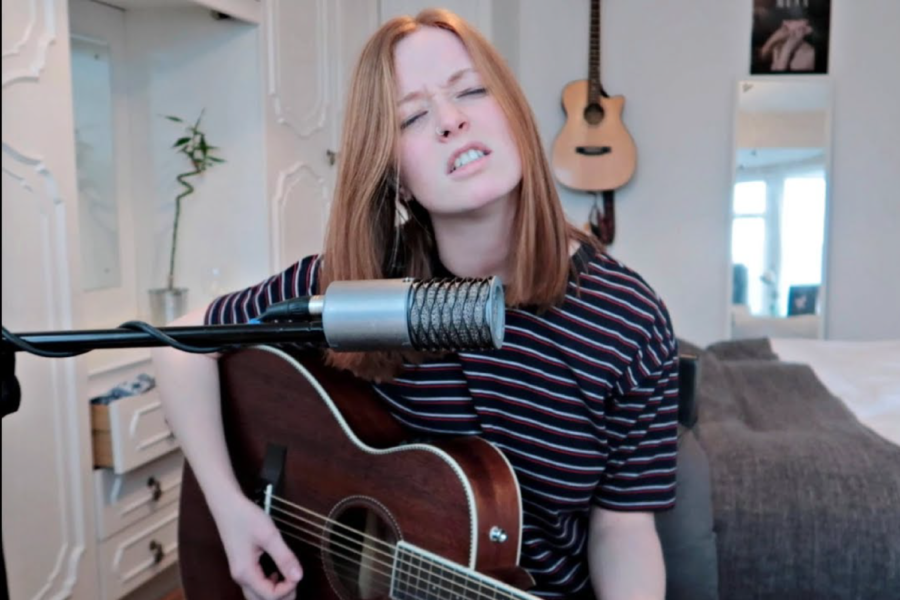 Orla Gartland is a multi-talented 23-year-old singer, songwriter, guitarist, and producer from Dublin, Ireland. In 2013, she released her debut EP, “Roots.” She put a halt to releasing music soon after her second EP, “Lonely People”, in 2015 because she realized that she should’ve focused on quality over quantity. This year, she started to release music she has been holding on to since then. Singles, “I Go Crazy” (2018) and “Between My Teeth” (2018) were both recorded and released on music platforms such as Spotify and Apple Music this year.

She has a plethora of other songs she has released on YouTube, and her “secret demo club” on Patreon (a membership platform that features songs such as “Why Am I Like This”, “Overthinking” and “Stranger”. She also covers songs with other musically inclined friends, such as “God is a Woman” with Dodie and Julia Nunes. She also recorded and released a mash-up of four of her and her friends’ songs called “Crazy Human Psycho Crush” on YouTube.

This year, Gartland has proven her versatility and has set an example for young people that want to go into the music industry. She is on the climb to fame and has proven that it’s possible to do what you want to do, and be successful through persistence and hard work. She does not have a label; she records and composes all her own music. It’s impressive that Gartland has been able to take on so many roles successfully. She has the ultimate, creative freedom over all of her work without someone telling her what to do or how to do it. She is living an artist’s dream.