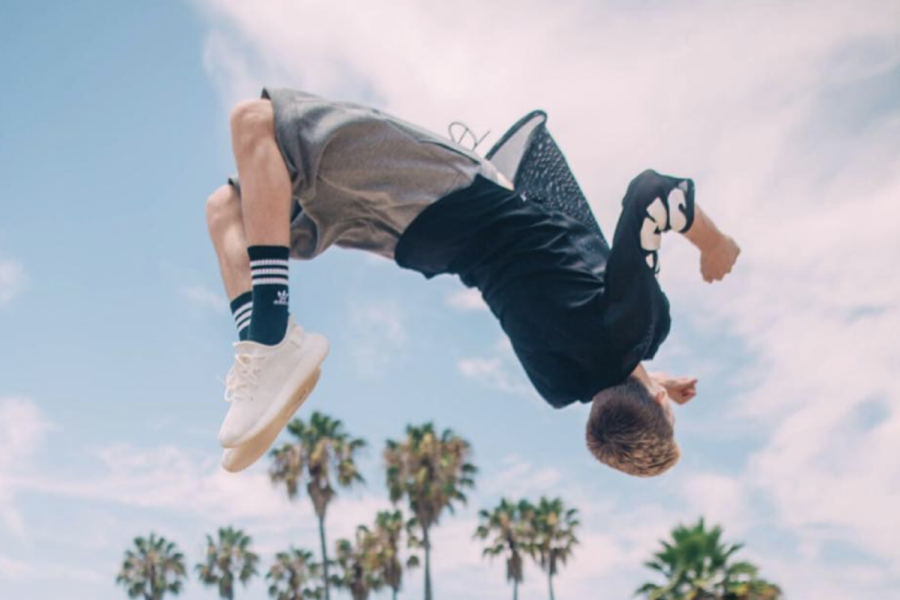 Tanner Braungardt is an 18-year-old from Kansas who creates content for people eight and over. He is a big inspiration to many because, although he suffers from a deficiency in his kidneys and gallbladder, along with mental health issues, he still does the things he loves the most each day. Braungardt lives in Kansas with his mother, brother, and sister and knows that family is always the most important thing in life.

When Braungardt first started creating videos, he recorded them while performing flips on a trampoline with some of his friends. He got bullied a lot in high school for doing it because flipping, to some, was ‘weird’ and ‘gay.’ People didn’t like that he was getting popular because of this.

The reason he’s such an inspiration to me is because when I played football in middle school, people on the team would bully me. I was a girl doing something that wasn’t normal for girls to do. I wish I had a guy, like Braungardt, in 7th grade because I could’ve used somebody who didn’t care what people thought of them; showing me that it was okay to be different. Braungardt eventually switched to online school because, as his fame was growing, the bullying got worse. He decided it was the best thing for him to do.

Braungardt makes videos three times a week; most of them are just him having fun with his friends. He likes to end his videos updating fans about his mental health. He has severe anxiety and had to cancel a meetup with fans because it got so bad that he was in physical pain. He is now seeing a therapist to get the help he needs and deserves. I’m proud of everything he has accomplished this year. If anyone wants to check him out on YouTube his username is Tanner Braungardt.