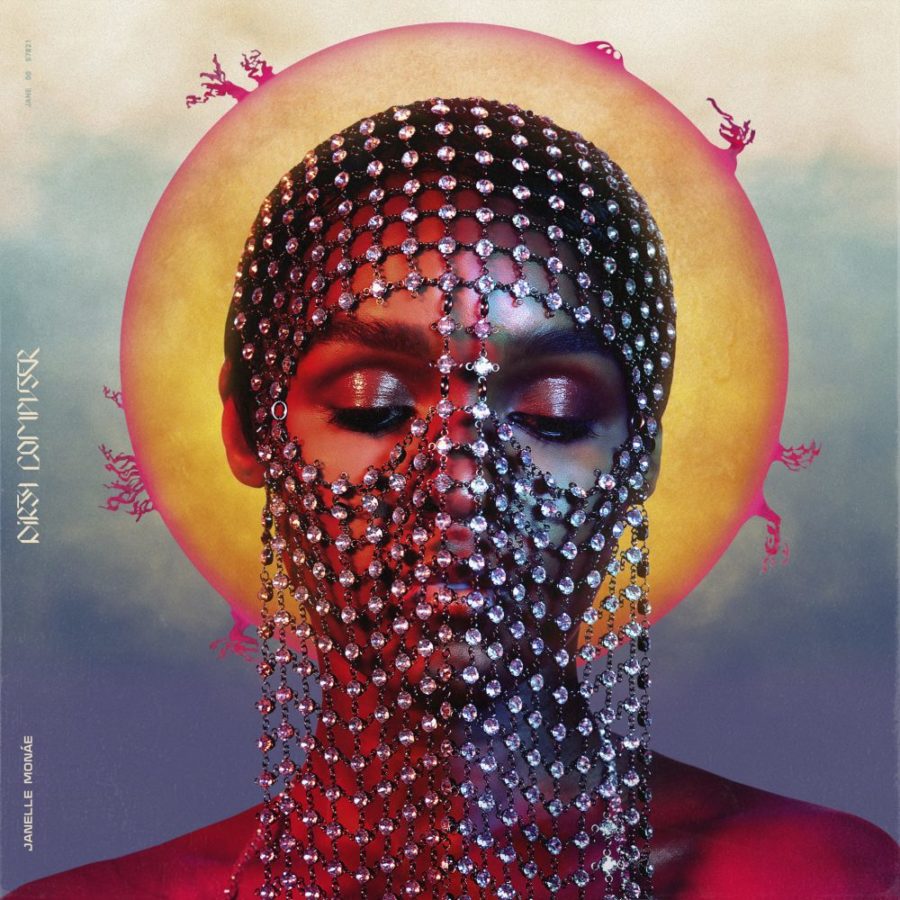 Janelle Monae lets fearless words liquefy and melt from the tip of her tongue to take inevitable precedence over her newfound, unabashed art form, she calls Liberation. It harmonically transfused itself with vulnerability and an unapologetic charisma to produce the lushly, youthful visual album, Dirty Computer. The intergalactic Songstress ventures into the realms of accepting her pansexual awakening through songs like PYNK and Make Me Feel. These songs are filled with lustrous synthesizers and rhythm guitars that provide nothing but celebration. While on Django Jane, that ’s part the second act of her album, she professes “For the culture, I kamikaze”, which provides a more fervent perception to her otherness. It signals a salute to the colossal capacity of her melanin, yet degrading the toxic gift of critiques from her harshest critics and industry professionals.

The audible body of art only acts as a lyrical exoskeleton for the visual masterpiece, Monae calls an “emotion picture.” Dawning the same title as the album, the musical escapade depicts a dystopian parallel. A society where queer people and people of color are thought of as divergents, and are captured for experimentation. Hence the opening scene, experimentation only means the wiping of memories from those deviant. They’re pulled over by the police. They’re battered and arrested at their own parties. When these outcast of characters break out into song, the story takes a shift from fear to gleeful vivacity.

The music videos act as a capsulation of a  fairytale. They seek to provide hope for viewers as they watch the characters survive within their dystopian surveillance world. Nods to Keith Haring and David Bowie’s artistic influence are ever so prevalent throughout the film. Within Dirty Computer, Monae acts as a guiding entity that still is trying to find understanding and contentment within herself. She seeks to envelope the ultimate Crazy,Classic Life, while also trying to take a succulent bite of love from Mary Apple 53, played by Tessa Thompson.

As a queer, dark-skinned black woman in an industry that invests in the majority, more than the minority, she knows that releasing an album of this sensitivity wasn’t made for mainstream apprehension. This is why the album, and her whole presence in the industry, is equated to producing creative apparition; a larger aim for all.

“I want young girls, young boys, nonbinary, gay, straight, queer people who are having a hard time dealing with their sexuality, dealing with feeling ostracized or bullied for just being their unique selves, to know that I see you,” Monae told Rolling Stone.