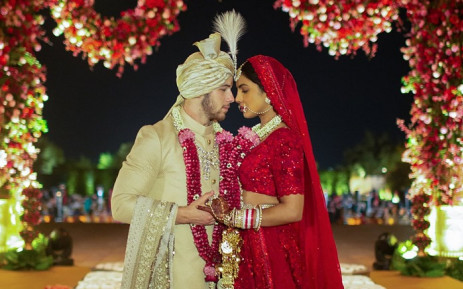 Priyanka Chopra, actress and star of the Indian film industry, has gained more fame in America especially with her roles in Quantico and Baywatch.

Nick Jonas, former Disney star and Jonas Brothers band member, has broken out of his shell and pursued music on his own. A few of his hits include “Levels”, “Chains” and “Jealous”.

On the outside, Chopra and Jonas seemingly have nothing in common except for maybe their fame. Their ethnicities, religions, and homeplaces are completely different. Their marriage proves that you can’t judge a book by its cover and anything is possible if you respect each other.

On December 1, 2018, the two tied the knot. They got engaged after only two months of dating in Crete, Greece. Their wedding, or weddings, took place at the Taj Umaid Bhawan Palace in Jodhpur, India. They had two ceremonies, one to honor each of their respective religions. The Christian ceremony, officiated by Jonas’ father. The traditional Indian ceremony took place the day after.

Although it seems like the couple rushed into marriage, it’s admirable that both of them have taken the time to educate themselves about the other’s religion. They have learned and drawn connections between each of their beliefs. They even went as far as trying to educate their friends and families. According to Marie Claire, their wedding welcome gifts included two books: Western Weddings for Dummies and Indian Weddings for Dummies.