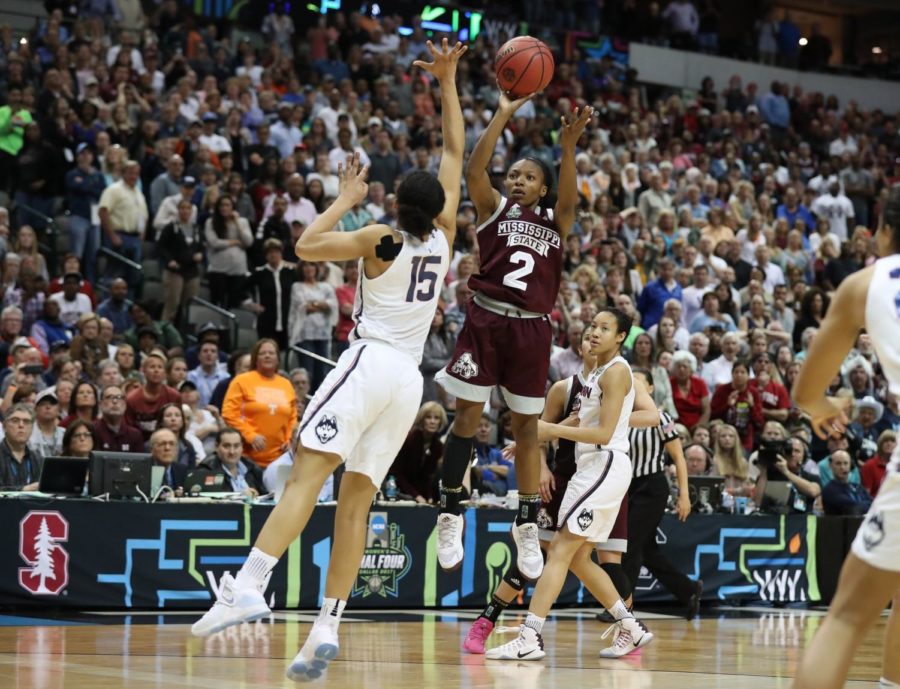 It was a close game into OT, the score was tied at 64-64. Mississippi State has the ball with 12.3 seconds left on the clock. Senior Morgan William hits a pull-up jumper as time expires — Mississippi State wins the ballgame over the University of Connecticut; 66-64.

Even if you aren’t a dedicated college women’s basketball fan, you can most likely infer that the University of Connecticut (UCONN) has one of the best women’s basketball programs of the decade. During the NCAA basketball season, the UCONN roster, or scores, are plastered on every sports network possible. Coach Geno Auriemma has coached over 33 seasons of UCONN basketball with 11 NCAA Championships, 19 Final Fours, six perfect seasons and 47 conference championships. Winning came easy for the Huskies, and facing off against the Bulldogs shouldn’t prove to be anything less, yet they lost.

Let’s look on the other side of the court with Mississippi State. Four Sweet 16 appearances, two back to back Elite 8 appearances and two Final Four appearances. This looks like the pure definition of an underdog if you were to ask me. The statistics, in comparison to UCONN, weren’t there for Mississippi State, but the heart was. The dedication to the team, and the dedication to having something to prove with their name is what helped them to gain this victory.

After the confetti settled on the court, the young ladies of the Bulldogs were everything but ungrateful for the unpredictable defeat. Their humble vibes could be seen in post-press conferences by the team, coach, and athletes family. Some call this championship game luck, or a bad game on the UCONN end, and may not give enough credit to why and how Mississippi State ended up winning the entire tournament.

If the question referred to which team deserved to win, the answer would be both teams. Both teams put in effort and emotion into every game, as well as practice leading up to the tournament. Both teams competed at the highest level possible at that moment. The team that won just had more to lose than to gain. At the end of the day, a champion can only be a champion for so long.