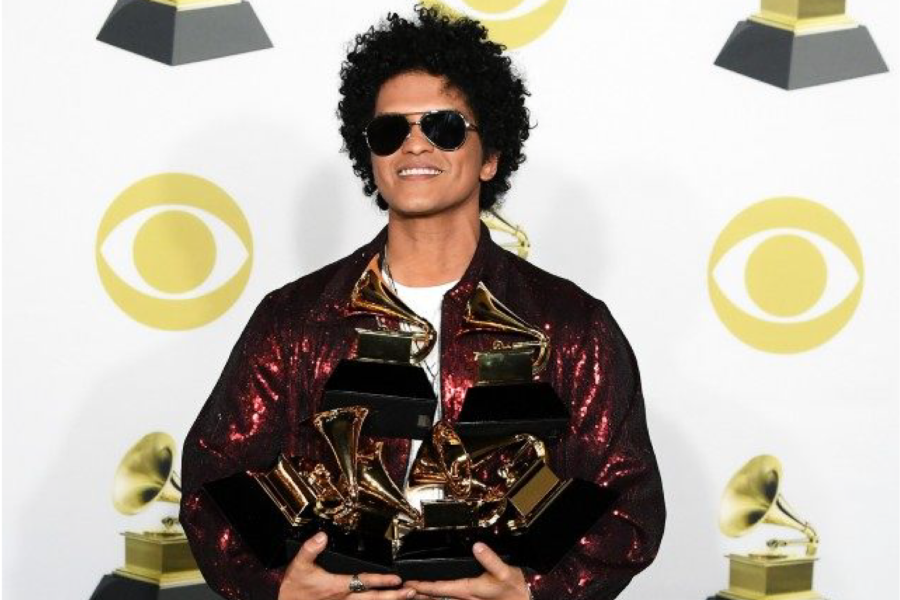 Bruno Mars Sweeps at the 2018 Grammys 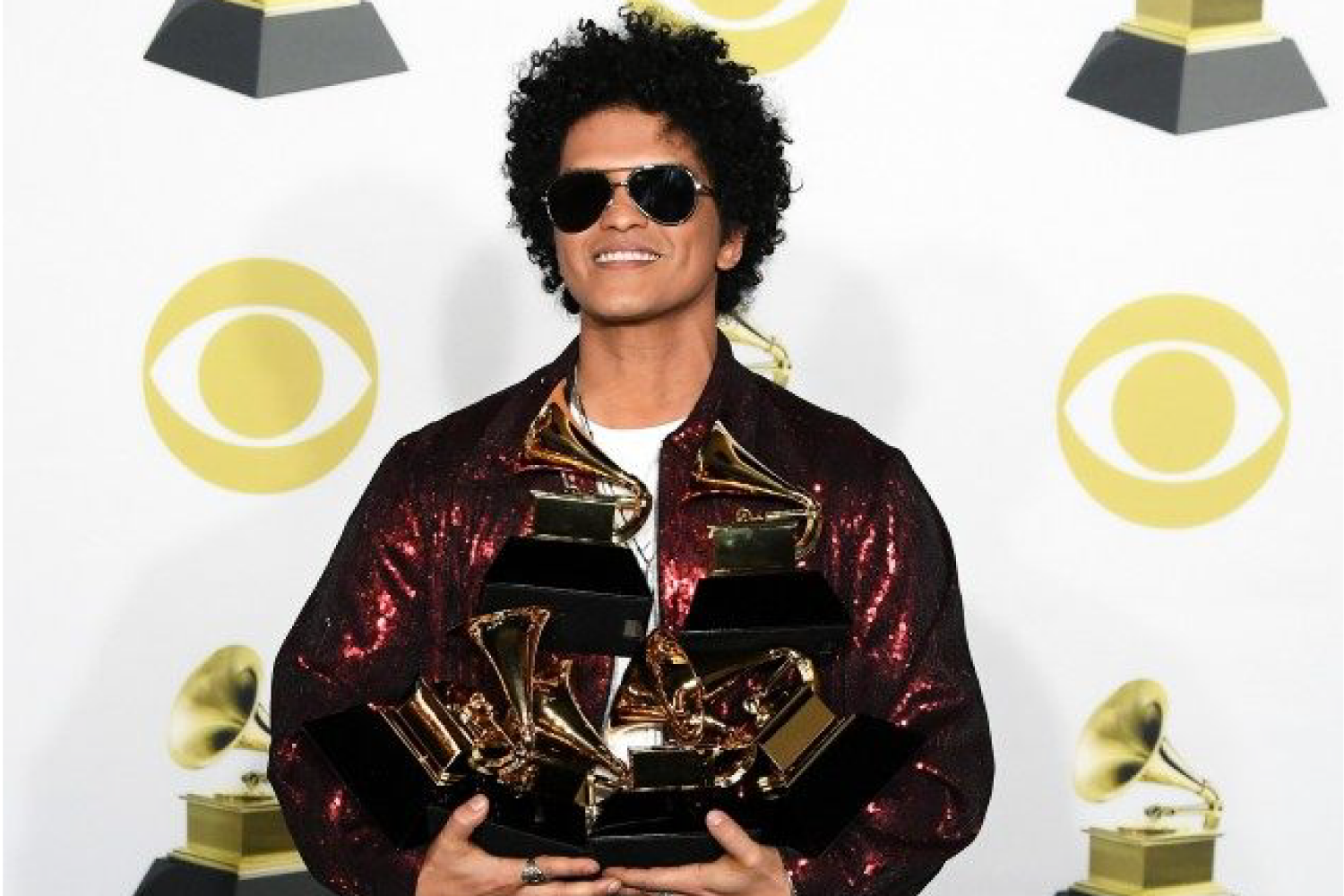 Bruno Mars Sweeps at the 2018 Grammys

Bruno Mars entered the music scene in 2010, and his incredible vocals and songwriting skills caught the attention of the world.

He is a Hawaiian native and comes from a family of music. Prior to his major success, Bruno Mars was known as the youngest Elvis impersonator. Music was a part of every aspect of his life, which lead to his career in singing and songwriting. After only three years of breaking out into the music scene, he was offered to perform at the Super Bowl 48’s Halftime Show. He surely delivered a performance to the millions of people watching.

Towards the end of 2014, Bruno Mars and Mark Ronson released “Uptown Funk”. For 14 consecutive weeks, “Uptown Funk” was number one on Billboard’s Hot 100. This song transformed his career. The following year, Bruno Mars performed at the 50 Super Bowl Halftime Show with Beyonce from the request of Chris Martin, leader of Coldplay.  The public was fascinated with Bruno Mars. People enjoyed his ability to connect all backgrounds of people while having strong vocals.

He achieved multiple milestones all before the release of his third album, 24K Magic. Once again, his album was appreciated by the public. “24K Magic” and “That’s What I Like” were his two biggest hits from the album. No one could listen to the radio without hearing and singing along to these two songs.

He was nominated for six Grammy awards in 2017, totaling to 27 Grammy nominations. Winning a Grammy would add on to the five he already had. Bruno Mars ended up making headlines during the 2018 Grammys, not only for his show-stopping performance with Cardi B but for also winning all of the six Grammys that he was nominated for. He received Song of the Year, Best R&B Performance and Best R&B Song for “That’s What I Like”. For “24K Magic”, he won Record of the Year, Album of the Year, and Best R&B Album. He is thriving and more success will come his way.