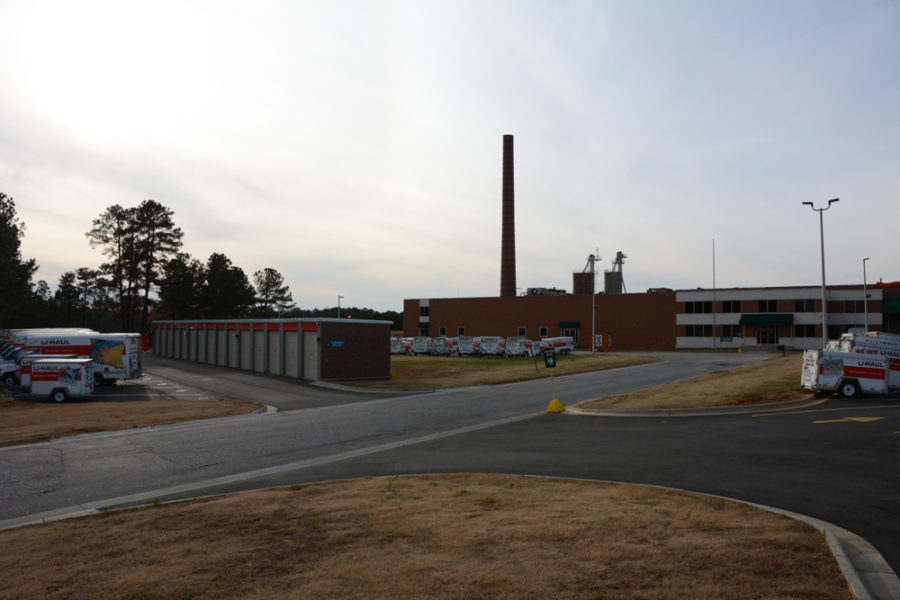 Hundreds of U-haul trucks which create pollutants around North Carolina.

The Fourth National Climate Assessment — released on November 23, 2018, by the U.S. Global Change Research Program (USGCRP) — details the devastating impacts climate change will have on our economy, infrastructure, health and ecosystems.

The USGCRP defines climate change as “changes in average weather conditions that persist over multiple decades or longer.” The federal report concludes that human activity, especially greenhouse gas emissions, is the leading cause of global warming. Greenhouse gases, such as carbon dioxide, absorb heat in our atmosphere and prevent that heat from escaping into space; the effect is a gradual increase in global average temperature.

Below are some key findings of the report concerning our nation’s future: https://nca2018.globalchange.gov/

1. The U.S. will endure an economic decline

Annual average temperatures could increase by approximately 2.5°F for the United States over the next few decades, while the average sea level has already risen seven to eight inches since 1990. Without global mitigation efforts, rising sea level and average temperature will continue to disturb property and labor. Industries that rely on natural resources and good weather conditions, such as tourism and fisheries, will be vulnerable to the impacts of climate change. If greenhouse gas emissions continue to rise at historic rates, annual losses in some economies are expected to reach hundreds of billions of dollars.

2. Our infrastructure will deteriorate

Infrastructure in the U.S. isn’t designed for extreme weather events, and may struggle to withstand the impacts of climate change; therefore, energy and transportation systems will experience disruptions, causing more severe power outages and fuel shortages. Heavy precipitation will threaten inland infrastructure, including road access and bridge reliability. To avoid these consequences, new infrastructure design and operational standards are necessary to reduce energy use and greenhouse gas emissions.

Climate change threatens the welfare of Americans through extreme weather, changes to air quality and the availability of food. Rising air and water temperatures are expected to increase water-borne and food-borne illnesses, along with the frequency and severity of allergies. Crop production in the U.S. is projected to decline due to higher temperatures; heat stress for livestock poses serious production losses. As a result, food availability will decrease, along with an increase in disease.

Ecosystems provide numerous benefits to us, including clean air and water, protection from coastal flooding, crop pollination and fishing. With the increase in wildfires and other stressors, our forest ecosystems are unlikely to continue to support recreational activities. Adaptation strategies, such as prescribed burning to reduce wildfires, are already being implemented. However, declining ecosystems like the Great Barrier Reef in Australia can only be salvaged through significantly reducing global greenhouse emissions.

While adaptation activities have significantly increased since the Third National Climate Assessment in 2014, substantial reductions in greenhouse gas emissions are needed to avoid long-term consequences. The increase in annual average global temperature could reach 9°F (5°C) or more by the end of this century. However, significant reductions could cut that number in half. To accomplish this goal, every individual’s efforts are necessary, but what changes can we make immediately?

“The best [thing] we can all do as individuals is go vegetarian,” Kenyon said. “So much carbon dioxide and methane is produced in raising livestock.”

Gillian Zech, an eleventh grader in AP Environmental Science, isn’t convinced that vegetarianism will have much of an effect.

“Cows have to poop and fart, which emits methane,” Zech said, “Trees and other plants [release carbon dioxide] when they die, so you can’t really avoid [greenhouse gas emissions] whether you eat meat or not.”

Additionally, transportation is a huge contributor to carbon dioxide emissions — the main culprit of global warming.

“If the opportunity arises, I would go for a hybrid car,” Melissa Schug said, an AP Environmental teacher. “[Switching to hybrid cars] significantly reduces the tailpipe emissions.”

Lotte Fox, a junior in AP Environmental, is waiting for hybrid cars to use completely renewable energy.

“There’s the all-electric [hybrid car], but you still get the electricity from fossil fuels,” Fox said, “Unless we can figure out a way to use completely renewable energy, then I would just stick to the regular car.”

On a day to day basis, students can help reduce global warming by limiting driving time and the amount of livestock they consume.

“If students stopped going off campus for lunch, that would be a great way to [decrease] global warming,” Kenyon said. “Everyday, even if you’re just popping down one mile to McDonald’s and back, the burger that you eat and the exhaust you emit on your travel is not insignificant.”