This recipe was perfect for the conclusion of the fall season and the beginning of winter, where apples and spices merge. 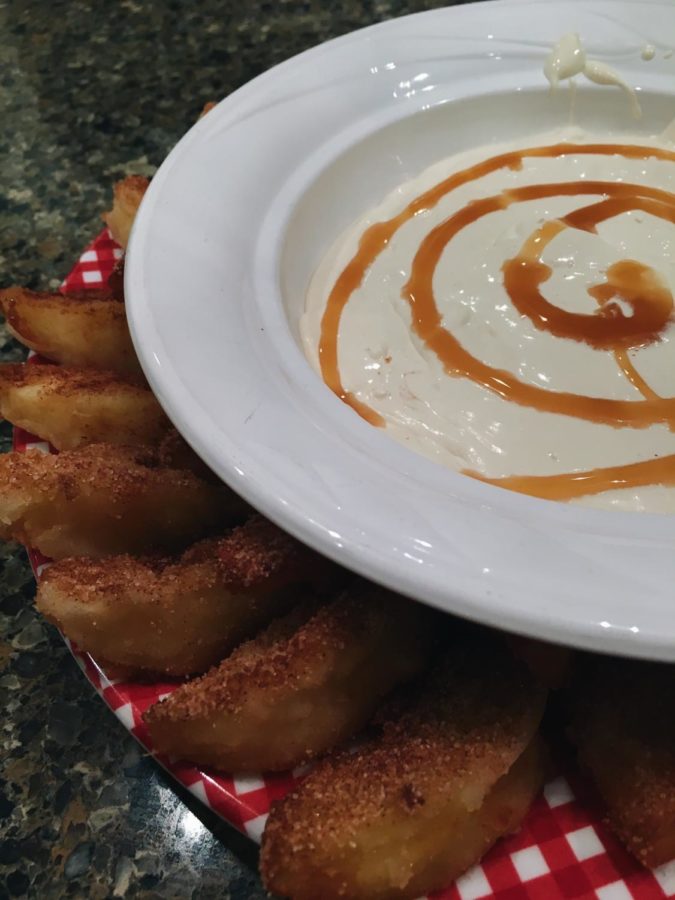 The other morning, I was looking for an apple pie recipe to make for Thanksgiving coming up. That was when I stumbled upon this recipe. Even though it wasn’t exactly an apple pie recipe, I looked at the title and I clicked on it to find this unique, super delicious creation.

Apple fries and caramel cream dip sounded extraordinary to me, and I was all about it.

So, I was reading the directions, and it wasn’t specified if I should have made the dip or the apples first. I chose to make the dip first real quick so that I could cool it while frying up my apples. This way, I could dip my nice and hot fries into my cooled caramel cream and get that hot-on-cold and sweet sensation I was looking for. 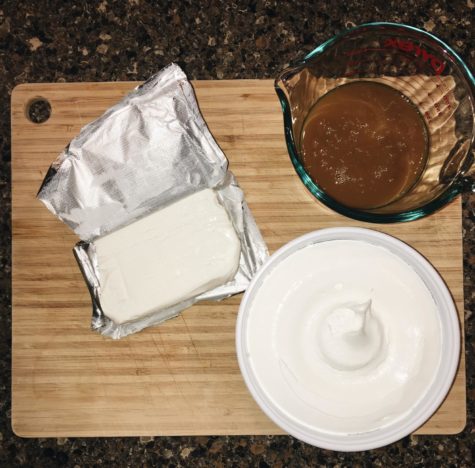 The caramel I used wasn’t homemade, but my dip still turned out awesome, considering! 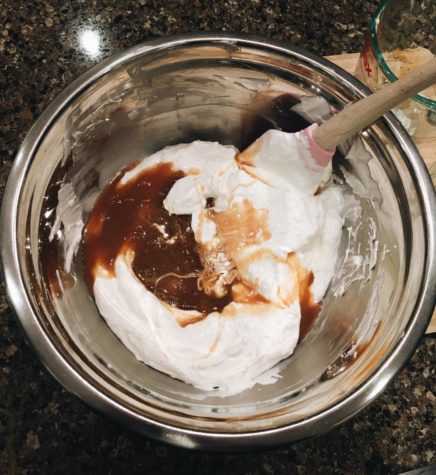 So, the family recipe recommended using crispy apples; they used Pink Ladies. I decided to experiment with mine, so decided to try two types of apples. I used Red Delicious (the dark red) and Galas (the light red). The recipe also said to use five apples, but I used seven. I did this because I noticed while making the dip that there was a lot, and I couldn’t let it go to waste. 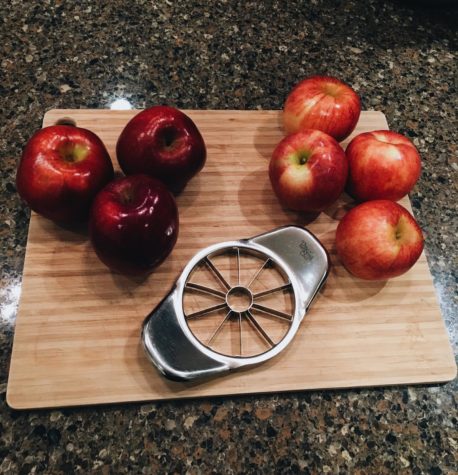 After I skinned the apples, I sliced them all, and battered them up. Being hungry and impatient, I decided to fry up a few and try those before I continued. However, those three turned out to be my experimental apples, because it took me a couple tries to get used to the oil. So, I burned the first four because I had my oil empty for too long beforehand.

Also, I noticed on my first three apple fries that I hadn’t taken off the excessive buttermilk and flour, making a huge mess in my oil when I dropped them in. By this time, my mom had come over to watch me making a disaster of her kitchen, and she gave me a tip: batter up all of your apples at the same time and fry them all consistently. Basically, add a new apple slice for every slice you take out.

This was very helpful, as it kept the oil at a consistent temperature throughout the whole process, resulting in a whole lot of evenly crispy apple fries. 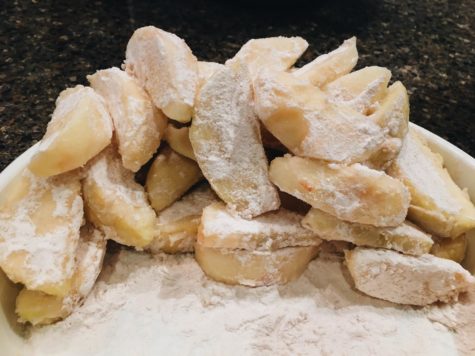 After I fried the first few slices, I had to replace the oil. First, because when I heated the oil again it would burn all of the built-up flour on the bottom. Also, because I had changed the temperature of the oil so often, it had lost its ability to fry… oops. This is why it’s easier to flour all of the apple slices at the same time because you want to be able to fry them all at once. This will prevent the temperature of the oil from changing too much. 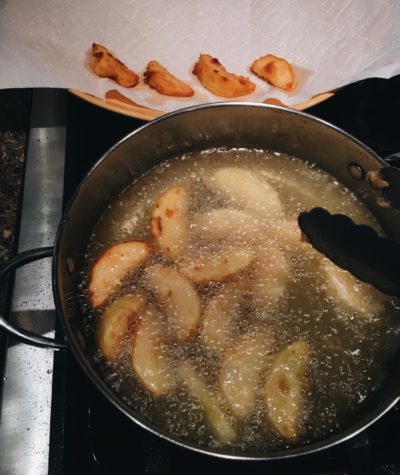 I noticed that the longer I kept the apples frying, the crispier they got. This is not only because they kept cooking, but also because the heat was evaporating the water out of the apple. I found this really cool, but also be careful because water in oil does make it splash and that stuff is hot! 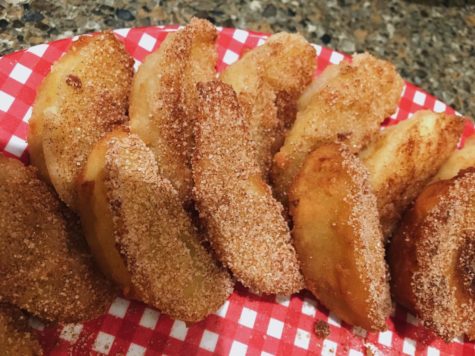 After I fried the apple slices, I immediately sprinkled the cinnamon sugar on like the directions said. However, when I tried the first couple, they didn’t have as much flavor as I hoped for. Just because of my preferences, I laid one side of the hot apple fry on the cinnamon sugar blend to give it some more flavor.

A few things I recommend:

Use homemade caramel for the dip! Even though the dip was amazing with store-bought caramel, it would be even better with some fresh, syrupy caramel made from scratch. (The website provided a recipe for their homemade caramel sauce as well)
I liked the cream cheese and whipped cream blend, but substituting marshmallow spread for the whipped cream would be especially good.
Use whipped cream cheese. That was most likely the initial intent, but it wasn’t specified so I used original cream cheese. Using whipped cream will make your dip a lot smoother and creamier.
For any extra apple fries you might have left over the next day, heat them up in the microwave and put it under some vanilla ice cream and drizzle the caramel cream on top… so good! 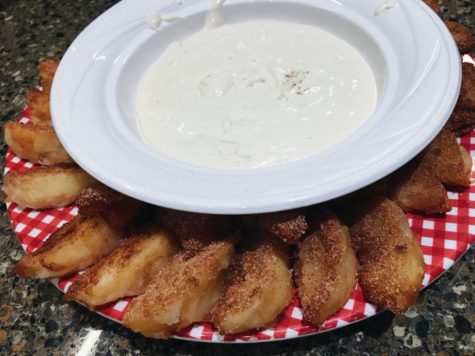