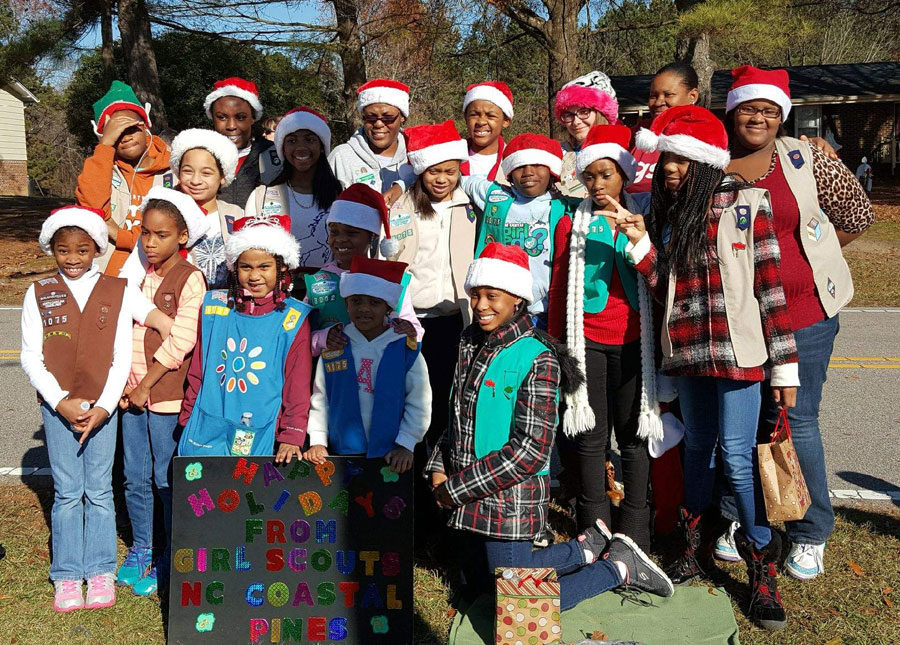 Being a Boy Scout or a Girl Scout means more than simply selling popcorn and cookies. Both programs instill confidence, courage, and character, into the youth of America through different activities. The two groups aim to help adolescent minds, but they both have different histories. This fall, The Boy Scouts have decided to take a new approach to their past culture.

On October 11, Boy Scouts of America announced that the program will allow females to enroll. The decision is causing a stir in both the local Boy Scouts and Girl Scouts. The American traditional scouting is now making a memorable transformation to fit the mold of society.

A program for grades kindergarten through fifth grade to join Cub Scouts will be available to girls next year; though the girls and boys will still be separated in one gender ‘dens’.  The development of a separate program for girls in sixth grade to twelfth is under construction. The co-ed curriculum is expected to be serviceable in 2019 for older girls. This will allow girls to be promoted to the rank of Eagle Scouts, by earning 21 merit badges.

Although the adjustment won’t happen until far in the future, Girl Scouts of America are preparing for the outcomes of the Boy Scouts announcement. Girl Scouts have thought of Boy Scouts as an ally to the association. Following the statement, the sister association will now have to consider BSA as the competition. Girl Scouts of United States of America, GSUSA, responded to the announcement by posting an article October 11, on their national website. The feature was labeled, “Girl Scouts Is the Girl Leadership Expert”.

“We believe strongly in the importance of the all-girl, girl-led, and girl-friendly environment that Girl Scouts provides,”  cataloged the document. “Which creates a free space for girls to learn and thrive”.

This response is a clear message to Boy Scouts that they stand firm that their non-profit organization will continue to thrive despite the new positioning.

“The benefit of the single-gender environment has been well-documented by educators, scholars, other girl- and youth-serving organizations, and Girl Scouts and their families. Girl Scouts offers a one-of-a-kind experience for girls with a program tailored specifically to their unique developmental needs,” classified the document.

The national article goes on to showcase their variety of programs. It also retells the data on the diverse ways Girl Scouts has opened up opportunities for young women, how vast movement is, serving 1.8 million girls; and the commitment to prepare the next generation of women leaders.

Boy Scouts of America updated their national website to include girls in the Cub Scout programs. The website justified their reasoning for allowing females with the following statement:  “It is important to note that the BSA did not decide to make the Cub Scouting and Boy Scouting programs co‐ed; instead, the organization has introduced a unique model that builds on the benefits of a single‐gender program while also providing character and leadership opportunities for both boys and girls.”

On the local level, the area’s Girl Scout council, North Carolina Coastal Pines,  mirrors a correlative message to the national level in that Girl Scouts are here to stay. From the GSNCCP Board of Directors, information was sent regarding the matter, ensuring the members of the community that the council is ready to face this head on.

“Marketplace competition is not new to our movement and we continue to focus on what truly matters: our girls, and to great success,”  the GSNCCP said.  “For the third consecutive year, we have seen membership growth. We continue to enhance our camp properties and the outdoor experience,”  The document goes on to say, “Our council and our Movement have never been better poised to meet our strategic priorities and stand out among marketplace competition while continuing to build upon a legacy of girl empowerment and leadership.”

For those who are still involved with Boy Scouts and Girl Scouts at the high school level, they show a concern in the BSA announcement. Seeing the club they have been in since elementary school be affected by the change.

Senior Isabella Samuelsson has been a Girl Scout for over 10 years. Her experience has had a positive impact on her character. Samuelsson has become more independent, learned leadership roles, the importance of teamwork, and strived to be kind to everyone.

“[Scouting] should be equal, and they should get the same opportunities,” Senior Samuelsson said. “ If they could make one [scouting equal] would be great. Then again, there is history behind Girl Scouts and they have their own traditions.”

Troop 1075 Leader, Sophia Morning, has been involved with Girl Scouts since she was a child. Now, she hopes to inspire young women as her troop leader once inspired her. Morning’s involvement in the all-girl program has made her stronger as a woman and more courageous. She describes her troop as awesome, funny, strong, and curious. Morning’s troop has collaborated in the past with a local cub scout den. She believes her troop members will make great leaders one day.

“If they are allowing girls to be Boy Scouts, then I hope they get to [participate in activities] with the boys,” Morning said. “I think that would only be fair.”

Freshman William Jones started his journey of Boy Scouting six years ago. Inspired by his father, he has achieved the rank of Cub Scout to Eagle Scout. Throughout his experience, he has learned organization, the importance of leadership, and has built connections.

“I don’t mind. If girls want to [join] that’s their right to be able to participate.” Jones said.

The involvement of  young women in the program will be a reflection of Boy Scouts. The transition may led other single gender groups to make the switch.

“I think it should be more about making Girl Scout and Boy Scouts equal, and having the same opportunities.” Samuelsson said.

“I don’t think [allowing girls] won’t be negative to [Boy Scouts] branding,” Jones said. “When [Boy Scouts] look at [membership the program] will have more spread appeal to draw into,”

The members reflected on how this can affect the population of Girl Scouts in the future.

“[Membership] may drop. If it does drop it will be out of curiosity because they want to see what Boy Scouts has to offer,” Morning said.

Only time will be able to tell the possible success of this transition.

“I don’t think that Girl Scouts is going to be gone because they have the traditions and should save the history,” Samuelsson said.