Many students traveled to exotic places and did a variety of activities while on break. 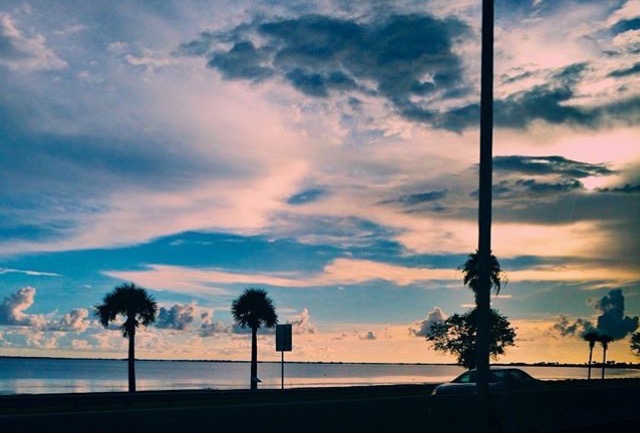 Will Clark and Austin White

Spring break is something that all students look forward to in the midst of the school year. All students need time to decompress after working tirelessly at their schoolwork, sports, jobs, and college decisions. Some Wakefield students spent their time decompressing in exotic and local places.

“I went to Cancun with my three best friends and our moms,” said Lewis. “We were going to go to Jamaica but there were no hotels available so we ended up going to Cancun which was absolutely amazing.”

As is the case with many locations on the water, the trip can be affected by the weather.

“Unfortunately, we weren’t able to do some of the things we had planned,” said Lewis. “The ocean was very rough so we weren’t able to go parasailing, snorkeling, or take a boat ride. On the bright side, it was a beautiful place to tan and sit by the pool.”

Much like Lewis, junior, Alexandra McNamara went to a very exotic destination for her break.

“I stayed in St. Thomas and took a boat over to the British Virgin Isles,” said McNamara. “It was the most beautiful place I have ever visited.”

Thankfully for McNamara, the weather held up so she was able to do some local activities.

“The first day we went to Jost Van Dyke and went to this tiki bar called the Soggy Dollar,” said McNamara. “It was really cool because there was no port to dock your boat so you had to anchor your boat as close as you could and swim to shore.”

Similarly with many of these exotic destinations, the Virgin Isles were crawling with tourists.

“I didn’t really get to experience the native culture because the island was mostly made up of tourists,” said McNamara. “It proves how beautiful the Isles are, but at the same time, it would’ve been cool to experience some of the culture.”

Senior, Miranda Evon didn’t experience much of a culture change either as she stayed in the United States for her break.

“I went to New Smyrna Beach, Florida with my friend Maddie Hauer,” said Evon. “It was somewhat similar to Raleigh in terms of culture but had more of a beach scene, which was really cool.”

Evon was there strictly to relax and didn’t have any extraordinary activities planned.

“We just went to the beach and walked around, exploring the town each day,” said Evon. “It rained a little bit but all in all it was relaxing.”

“I went to Topsail Island and had a really fun time,” said Perry. “I played spikeball, walked on the beach, and went fishing.”

Perry had to admit that it would have been nice to go to a more tropical location.

“I’ve been to the Virgin Islands before and really enjoyed that trip,” said Perry. “The water is a lot clearer there and you can go scuba diving and kayaking, and even though you can do that at Topsail Island, it is much better in the Virgin Islands.”

When it was all said and done, students used spring break to unwind in many different ways.

“I had a very relaxing time,” said McNamara. “Spring break couldn’t have come at a better time and I unwound in paradise.”