"[The] environment is no one’s property to destroy; it’s everyone’s responsibility to protect." – Mohith Agadi 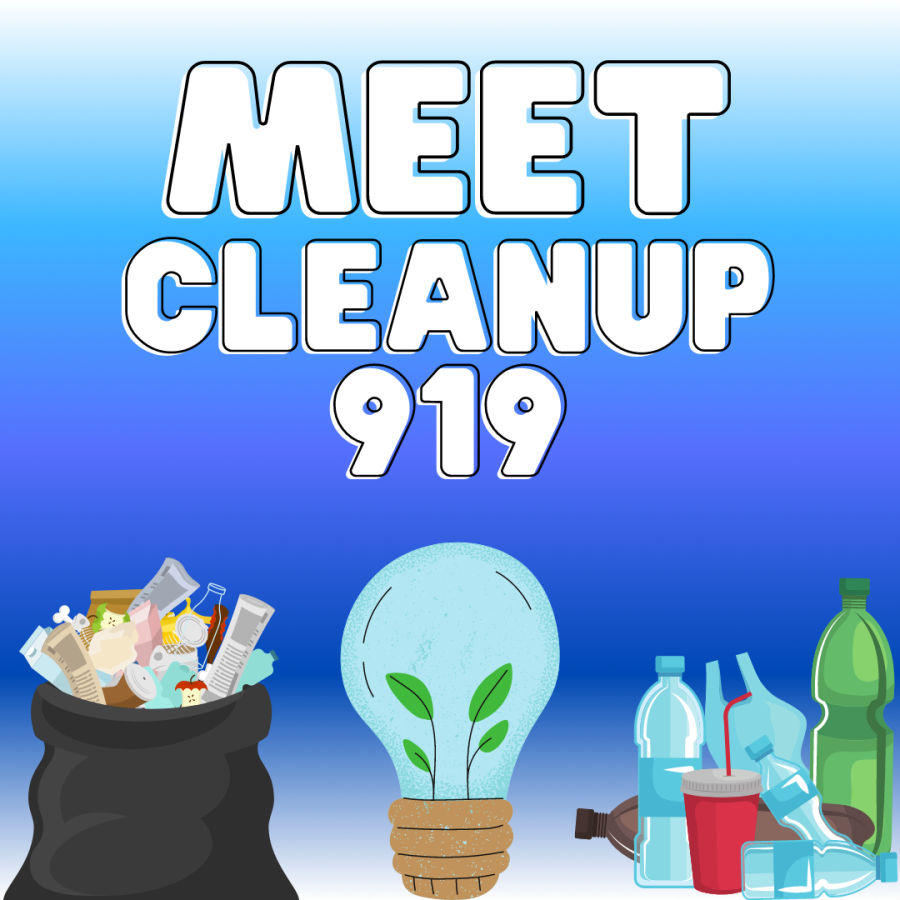 Ever wondered how to improve the environment? Meet a new student organization: Clean-Up 919!

What began as a single student’s English passion project has evolved into a thriving environmental organization: Clean-Up 919. From one member to two, to 12 to 65, the organization is growing by the day with a total of 91 members. It’s the perfect place to earn hours for college and high school clubs and make new friends.

There were five original members: Julian McLoughlin, Alice Chen, Eiad Yakout, Zahra Walker, and Gabriel Stranski. McLoughlin is the founder and current president of Clean-Up 919.  The organization’s mission is to make the 919 area code free of litter and educate residents about the consequences of littering.

“We had to do a passion project [for English] and it was always something I was interested in doing,” McLoughlin said. “For the project, I made my own website [and from there] I kept going and grabbed the original people who became the board and they’ve helped me keep growing along the way.”

Most passion comes from inspiration, and McLoughlin’s inspiration was an old middle school memory from three years ago.

“When I was in seventh grade, Stranski and I would go on trails and clean up trash for hours for Junior National Honor Society,” McLoughlin said. “Thinking about that, three years later, the memories of biking down with my trash bag and picking up stuff; It’s a lot more fun [to clean up trash] if you do it with people compared to doing it alone.”

McLoughlin certainly hasn’t had to go through the process alone. Sophomore Eiad Yakout has been with McLoughlin every step of the way in the creation and execution of Clean-Up 919. Yakout volunteers as head of HR and is also a member of the Wakefield Board for the organization.

“I joined because it’s [for] a good cause,” Yakout said. “At first I needed service hours but then I realized that it’s more important than that, I wanted to better myself for the environment.”

When it comes to finding where to go to clean and how to go about it, the organization depends on Alice Chen. Chen is currently the Head Project Planner. She plans all the events and uses Google Earth to map out where each clean-up group is going to work.

“Everyone is super friendly and everyone communicates well,” Chen said. “They are all there to help the environment and get service hours. I feel like everyone gets along really well since we’re all around the same age.”

The original purpose of Clean-Up 919 was to encourage a cleaner lifestyle in the local Wakefield community.

However, since the organization’s conception, it has branched out to many other counties and school districts. Clean-Up 919 has partnered with six different schools and branches to expand the organization as far as it can go. The organization’s new goal is to encourage a cleaner lifestyle over the North Carolina province as a whole.

Unlike McLoughlin, Chen and Yakout, Ayushi Mohanty is a regular member of the organization. She joined mainly for service hours, but now she’s there for her passion for taking care of nature.

“The purpose of the organization is truly just to emphasize how beautiful the place we live in is,” Mohanty said.

Clean-Up 919 is different from other environmental organizations. One of the best ways to help them out is by using their community feedback feature.

“We have a litter report system so we use community feedback in order to target areas in need of clean up,” McLoughlin said. “We go where the community wants, not where we want.”

Along with the litter report system, another way to support the organization is by donating supplies such as gloves, trash bags, reachers, etc. Clean-Up 919 is fully non-profit, relying on donations.

“There’s no reason why you should try to profit off of cleaning the environment,” McLoughlin said. “We all share it, and I think it’s the right thing to do.”